He will face the winner of Daniil Medvedev vs Felix Auger-Aliassime in the semifinals of the Australian Open. This will be his third semifinals appearance after 2019 & 2021. He had lost to World No.1 Novak Djokovic last year.

LET’S GO!🇬🇷@steftsitsipas makes it into the semifinals with a 6-3 6-4 6-2 victory over Jannik Sinner⚡️

The fourth seed, a semi-finalist in Melbourne in 2019 and 2021, was stretched to five sets by Taylor Fritz on Monday but showed no signs of fatigue in a match that started in blazing sunshine but finished under the roof after a storm hit.

The 23-year-old will play the winner of the quarter-final between Russian Daniil Medvedev and Canadian Felix Auger-Aliassime later on Wednesday.

With Melbourne’s big Greek population, Tsitsipas has always drawn strong support at the Australian Open and it was the same again in the clash against Sinner.

“I think my humility helped a lot today. I knew I was going on the court facing a very good player. I tried to focus on my best shots and it paid off more than I thought,” he said in his on-court interview.

“Once again, stepping on to that court, having the crowd support, it is truly unbelievable.”

A finalist at Roland Garros last year, Tsitsipas was troubled by elbow problems at the end of last season and was concerned he might not be able to play in Australia.

“I am pretty sure my doctor is watching right now. He has been sending me texts after every single game,” he said.

“He said ‘I don’t expect to see you playing in Australia’. But I proved him wrong. I am happy I have found the right man to bring me back even stronger.”

Tsitsipas made his third appearance in the quarterfinals of the Grand slam event after a hard-fought five-set victory against America’s Taylor Fritz in the fourth round.

🇬🇷 @steftsitsipas is one set away from yet another #AusOpen semifinal, taking the second set against Jannik Sinner 6-4.#AO2022 pic.twitter.com/ie9I1vyvh4

Game 2: A brief rain delay couldn’t stop Tsitsipas from giving his A-game on the court. He takes a straight set 6-4

The rains have arrived ☔#AusOpen – Live on Channel 9 and 9Now pic.twitter.com/mXnyNEKvqP

But he is having a good Australian Open. In the first round, he defeated Mikael Ymer in straight sets. He then had to play two four-setters in the next two rounds against Argentina’s Sebastian Baez and France’s Benoit Paire. 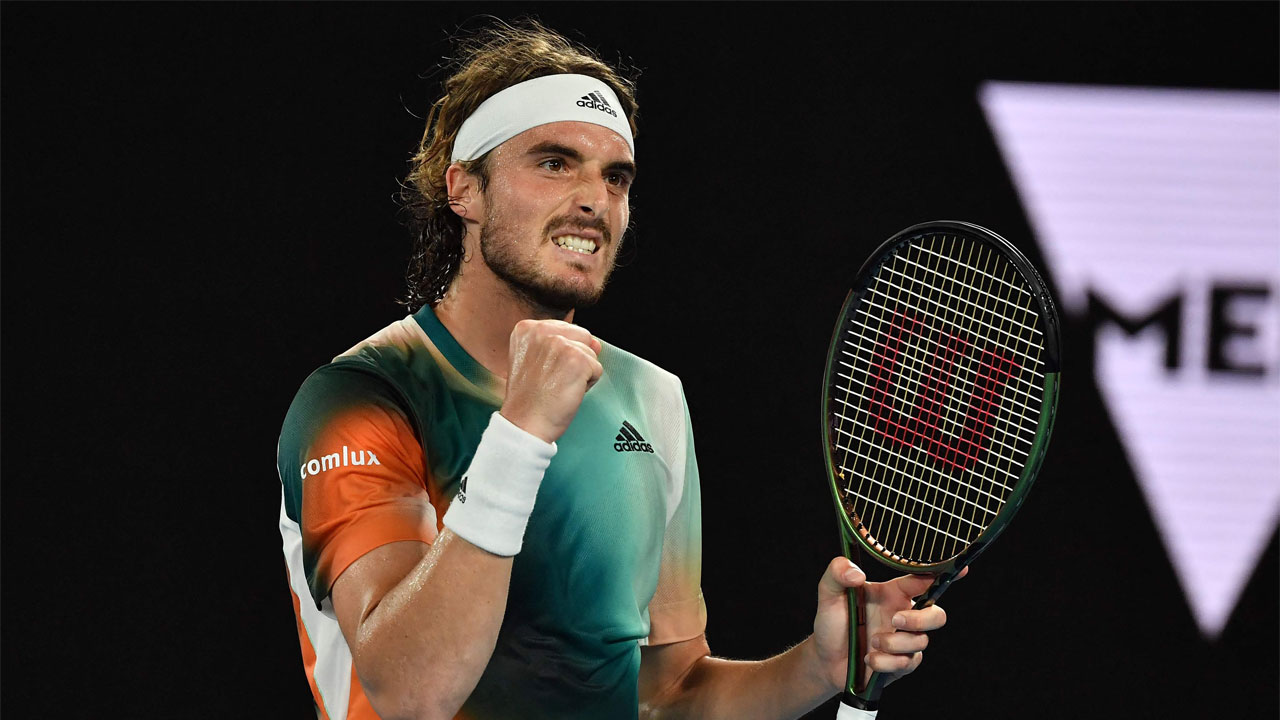