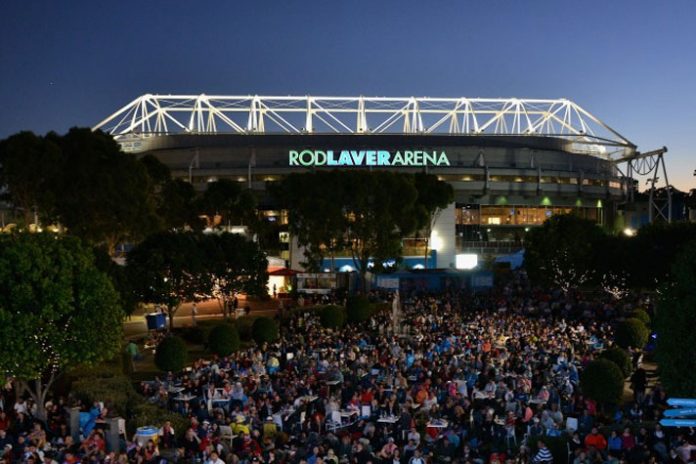 At the Chinese launch of the Australian Open, it has been announced that Luzhou Laojiao will become an associate sponsor of the first Grand Slam of the year for the next five years.

Tennis Australia’s chief revenue officer Richard Heaselgrave did not specify the value of the sponsorship but said it to be “one of the largest deals that Tennis Australia has ever negotiated” and “definitely within the ballpark” of the partnership TA enjoys with its major sponsor Kia. And he said the partnership with a business as significant as Luzhou Laojiao is in China would help TA expand throughout the region.

While declaring the prize purse hike, Australian Open has also announced a range of player-friendly initiatives, to be implemented from 2019 following a period of extensive consultation with players and coaches.

-> Increased Australian Open qualifying draw for women, from 96 to 128 players

-> Qualifying tournament to start a day earlier, on Tuesday 8 January

-> Continued trial of coaching in qualifying and juniors

-> High-profile practice matches to be held at MCA on each day of qualifying.

“We’ve always prided ourselves on listening to the players, and this year we’ve taken our consultation to a whole new level,” Australian Open Tournament Director Craig Tiley said.

“Our team has spent a lot of time this year talking to players, coaches and their teams about what’s important to them, what they like and what changes they want to see.

“From these discussions, held at tournaments around the world, we’ve come up with some changes we know the players want, including the Serve Clock and Electronic Review on all match courts, making conditions more consistent across the precinct.

“The 25-second Serve Clock will be introduced for all matches – we know there’s a move to speed up play and we’ll continue to work with the players on the best ways to do this.

“Coaching is an issue we’ve all spoken a lot about over the past couple of months, which is good. As a sport, tennis needs to decide the best way forward. We’ll continue the coaching trial during qualifying – for both men and women – as we progress discussions with the many stakeholders involved. The sport needs to have a consistent approach to all issues around coaching.