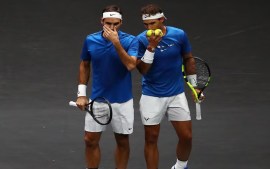 Aus Open 2021 Result: World No.2 Rafael Nadal has stormed into the round four of the Australian Open 2021. The Spaniard defeated…

Aus Open 2021 Result: World No.2 Rafael Nadal has stormed into the round four of the Australian Open 2021. The Spaniard defeated 69th seed Cameron Norrie 7-5, 6-2, 7-5. Nadal, who has won only one Australian Open title (in 2009, is eyeing a record 21st Grand Slam. The 34-year-old is currently levelled with Roger Federer. He has the perfect opportunity to go past the Spanish Tennis Maestro in the latter’s absence from year’s first grand slam.

With this win, Medvedev extended his winning streak to 17 matches, which include the title at the 2020 season-ending ATP Finals.

After the victory, Nadal said that he is improving every single day.

“All the matches are tough, he came here winning a couple of very good matches. I didn’t convert the opportunities I had so the situation became a bit more difficult.

“I’m happy, I had a few good feelings, of course I have to keep improving and tomorrow is another day to practice but into the second week and that’s the main thing for me.

“I combined very good games with a couple of unforced errors that I need to fix but that’s normal and hopefully that will help me for what’s coming on Monday.”

Playing in absence of spectator in Australian Open, NAdal said, “The feeling is completely different. Nobody wants this, but it’s not the time to forget about the situation we’re facing.”

“Australia is one of the best examples in the world [for their Covid-19 response] so maximum respect for what they have been doing and hopefully the situation will improve and the crowd can come back before the end,” he added.

Nadal will next face Fabio Fognini in the round of 16.

Speaking about the upcoming contest, Nadal said, “We’ve played a lot of times and he has beaten me before. He will be hungry to play well and has had a very impressive victory today against De Minaur in straight sets so he will come in with plenty of confidence.

“You don’t expect an easy round in the round of 16 so it will be tough and I have to be ready for it.”

Earlier today, World No.1 Ash Barty, Elina Svitolina also progressed to the fourth round of Australian Open. On the other hand, Karolina Pliskova has bowed out of the Aus Open 2021. 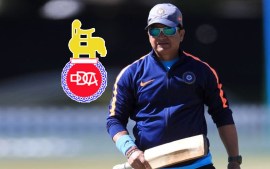