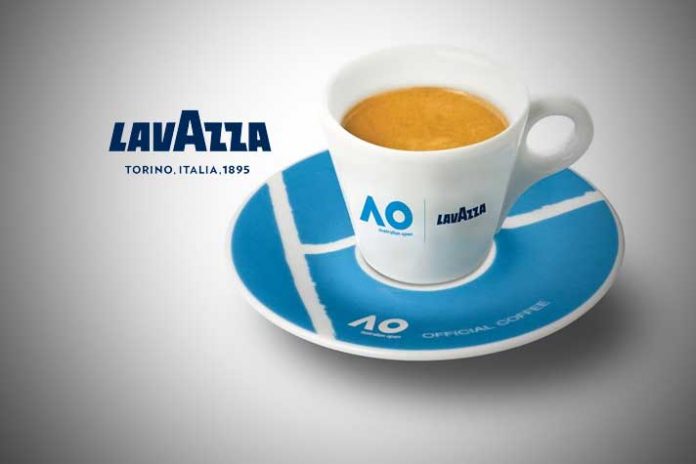 Global coffee industry leader Lavazza has confirmed its presence as Official Coffee Partner at the Australian Open, with an exceptional team of Brand Ambassadors.

The renewal of the brand’s five-year-old partnership with the tournament organized in Melbourne confirms the bond established between the Group and tennis. Since 2015, Lavazza has been the only Food & Beverage brand in the world to partner with all four Grand Slam tournaments and last November it signed a sponsorship agreement with the Next Gen Atp Finals in Milan, states a Press release.

Lavazza’s return to the courts at the Australian Open is in line with the brand’s internationalization strategy and consolidates the company’s presence in one of its key markets, by taking an authentically Italian coffee experience to one of the world’s most important sporting events.

“The partnership with the Australian Open is a strategic choice for Lavazza in a highly dynamic market like Australia, where there is a thriving coffee culture and Made in Italy quality has always had a powerful appeal,” said Group Vice President Marco Lavazza. “Lavazza returns once more to the tennis courts in Melbourne and confirms its presence again this year at the four Grand Slam tournaments, breathing life into the world’s biggest coffee shop with over one million cups served each year. Sports sponsorships provide a fundamental way to convey the brand’s values to a broader audience, with coffee experiences personalized based on consumption habits and local tradition.”

Lavazza teamed up with top-tier international tennis back in 2011, when it made its first appearance on the courts at Wimbledon. Over the years, the shared values of striving for excellence, innovation combined with tradition and ritual, internationalism, fun and passion, have strengthened the brand’s affinity with this sport even further. The company has a presence at the world’s top tennis tournaments, with the goal of spreading and promoting the true culture of Italian coffee in a unique and original way, and in order to reach out to young enthusiasts it recently decided to sponsor the ATP Next Gen Finals 2019.

Against the evocative backdrop of Melbourne Park, Lavazza officially presents its team of Brand Ambassadors who feature in the new international advertising campaign “More than Italian”. The company will work with these promising young players and great tennis champions as it partners with the four Grand Slam tournaments. The players chosen to receive the Group’s support in their upcoming challenges are new Italian phenomenon Jannik Sinner, promising Australian Alex De Minaur, Russian player Karen Khachanov and established champions Angelique Kerber and Johanna Konta.

With its Brand Ambassadors, Lavazza has decided to contribute to the #Aces4BushFireRelief initiative promoted by Tennis Australia in response to the bushfire crisis affecting the entire country. During the entire tournament, for every ace scored by one of its Brand Ambassadors, Lavazza will donate to the Red Cross to help afflicted communities. Lavazza will also donate part of the proceeds it receives from supplying coffee sold during the event and make a gift of coffee to local communities suffering hardship.

Also Read: No Djokovic encounter for Prajnesh, crashes out in opening round of Australian Open