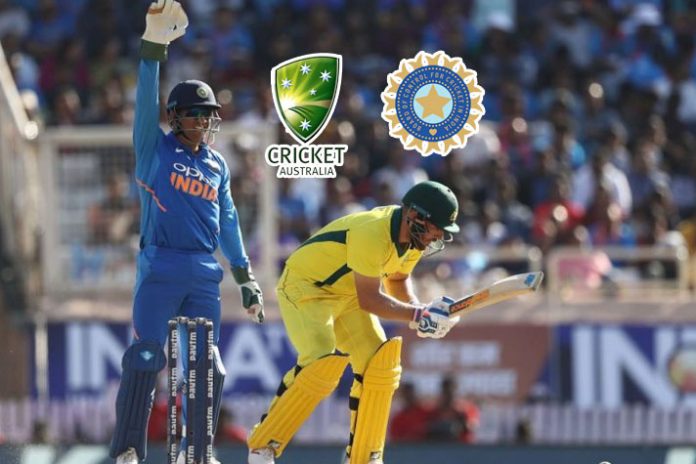 Australian media is crying foul as the Board of Control for Cricket in India has declined Cricket Australia’s request to postpone their scheduled three-match One-Day International series in January next year. Hosts BCCI instead has advised to advance the games by several days.

The International Cricket Council’s Future Tours Programme has marked late January for Australia’s three-match ODI series in India. However, the Aussies wanted to defer the series to accommodate One Day Internationals at home against trans-Tasman rivals New Zealand, who will be in Australia for a Test series which ends with the New Year’s Test. Australia wanted to staple their traditional ODI fixtures with the Test Series, insisting India to defer the three games to sometime later in the year.

However, the BCCI’s stand that has compelled Australia to amend the plans for their home games has not gone well with the Australian media.

“India have flexed their financial and political muscle, forcing Cricket Australia to reshape its 2019-20 home fixture, which will now, incredibly, not feature a one-day international for the first time in more than 40 years,” writed Jon Pierik for Sydney Morning Herald. “It’s understood New Zealand Cricket has agreed to the series being postponed, although it’s another blow in the chequered history of the Chappell-Hadlee Trophy.

“The decision also means there won’t be any ODIs in Australia next summer, for the three matches against the Black Caps were the only series scheduled. One-day internationals have been a staple of Australian home summers since the World Series Cricket revolution of 1977 and remain a highly-coveted television product despite attendances slipping.”

Pakistan will visit Australia during the summer Down Under but there are no ODI fixtures. The tour will feature only two Tests and three Twenty20 internationals while Sri Lanka will open the season with three T20 internationals.