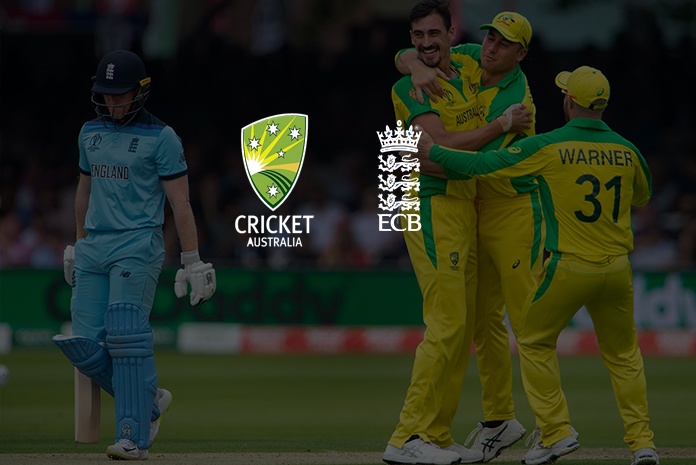 The Australia tour of England has got a new broadcast partner in the territory of Australia. The Foxtel Group has announced a multi-year agreement with the England and Wales Cricket Board (ECB) to bring English international cricket to Australian fans.

The deal starts with Australia’s T20 and One Day International Tour of England Saturday, September 5.

The ECB agreement covers 12 international tours to be played in England from 2020 to 2023 including appearances by Australia, India and South Africa.

“After a break of almost six months, it will be great to see Australia’s cricket team back in action on Fox Sports against the old foe,” says Fox Sports executive director Steve Crawley.

“Anytime Australia and England face-off, the series comes with a special mix of history and anticipation. The T-20 and ODI series will see Australian stars like David Warner, Steve Smith and Pat Cummins come up against World Cup hero Ben Stokes, Eoin Morgan and Tom Banton, one of the rising stars of English cricket. It’s going to be an action-packed fortnight of the very best international cricket.

“We are excited that all the T-20 and ODI action on Fox Sports will feature an outstanding commentary team featuring former England captains Mike Atherton and Nasser Hussain along with Michael Holding and our very own Shane Warne.”

Cricket Business : Foxtel now is the biggest cricket broadcaster in the territory of Australia

The agreement reaffirms Fox Sports as the ECB’s rights-holding broadcaster in Australia after the broadcaster’s previous deal with the organising body expired last year. The two parties had been in talks over a new deal before the Covid-19 outbreak.

The previous four year deal, signed in 2016, granted Fox Sports rights to all England home Test matches, but did not include the Ashes. Commercial free-to-air broadcaster Nine held exclusive rights in Australia to the 2019 Ashes series.

Australia’s upcoming tour of England will include matches at The Rose Bowl in Southampton and Emirates Old Trafford in Manchester.

Though it is worth noting that currently the broadcaster is at loggerheads with Cricket Australia. The leading broadcaster is unhappy with the way CA is ‘unprofessionally’ dealing with the scheduling of the future tours and series and has put them on notice.