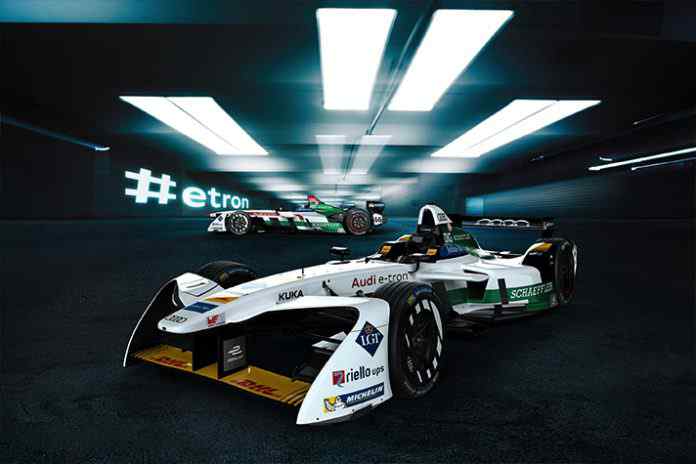 Audi has unveiled its first all-electric race car ahead of the 2017-18 Formula E season. The German manufacturer’s full-fledged works entry into the electric single-seater series comes after two years as a supporting name to the Schaeffler-backed Abt operation.

Audi has named it e-tron, the name previously used on its LMP1 machines. The model will feature a single-speed gearbox and a new powertrain.

Audi board member for technical development Peter Mertens stressed the significance of Audi becoming “the first German automobile manufacturer to compete in Formula E”, with rivals BMW (2018-19) and Mercedes (2019-20) committing to later entries. 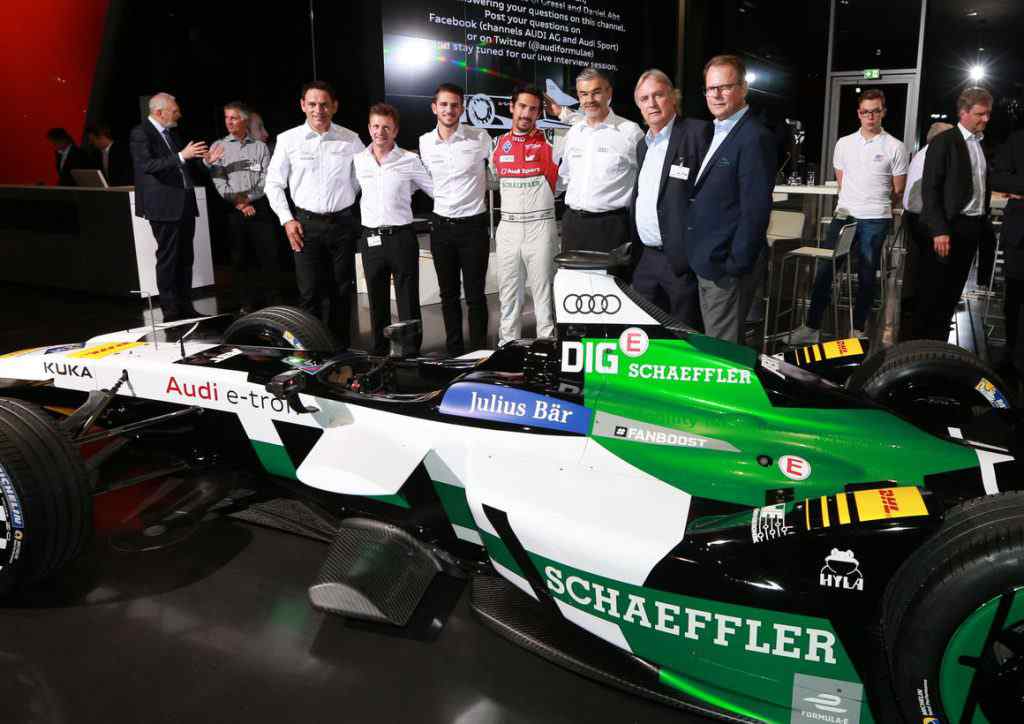 Mertens also spoke about how Audi e-tron FE04 mirrors the company’s transformation from a classic automobile manufacturer to a forward-thinking mobility provider on the race track. “Following quattro, TFSI, TDI, hybrid drive and many other innovations, our first single-seater race car is a portent of our product offensive in the field of electric mobility that we are ringing in with the Audi e-tron in 2018.”

Three-time Le Mans 24 Hours winner Allan McNish has also been formally named as team principal of the Abt-run outfit, having completed a season as a special advisor to Audi.

The livery for the former ABT team will have a new look as well, ditching red, yellow and green with a white- and green-trimmed design intended to pay tribute to Schaeffler’s contributions. 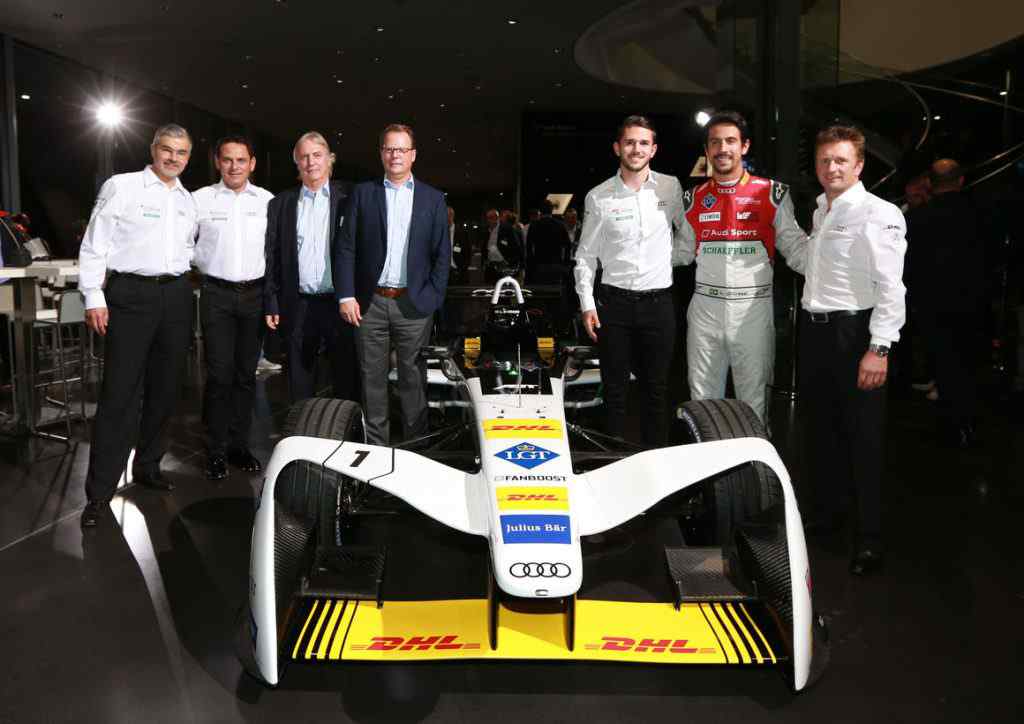 Reigning FE champion Lucas di Grassi, who drove the car onto the stage at Audi’s official launch, will adopt the No.1 for the coming season. His car will be adorned with Audi’s famous four-ring logo atop a black rear wing and a white rollhoop.

Team-mate Daniel Abt has been retained and elevated to factory Audi driver status – his car is differentiated by a red tip on the nosecone, as well as a red rollhoop and rear wing. 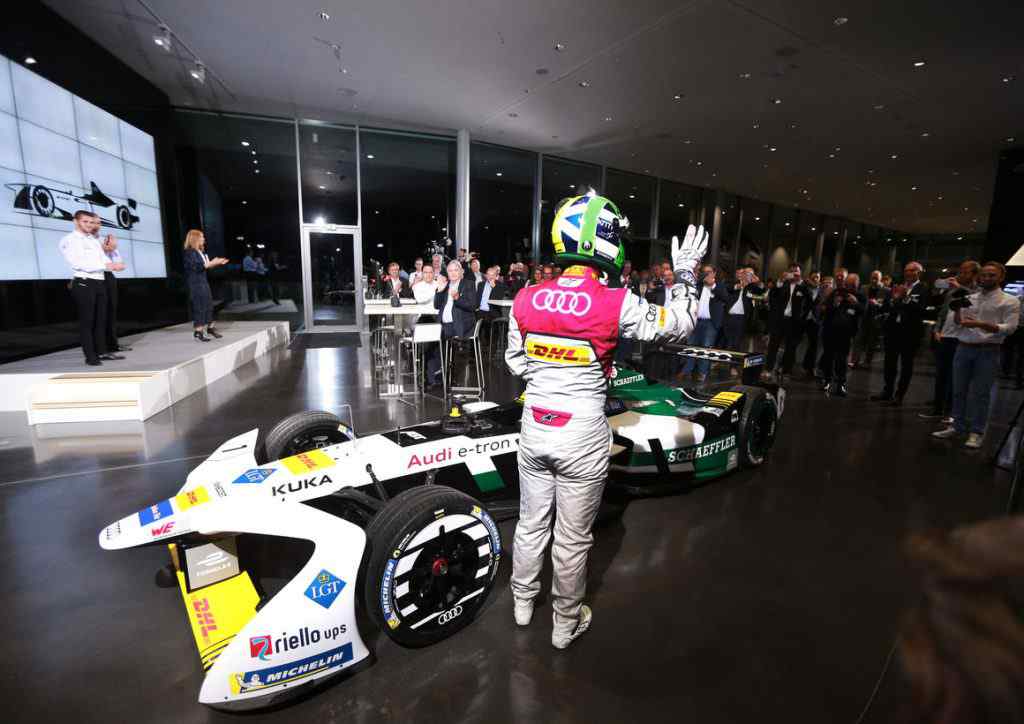 The Audi e-tron FE04 will make its racing debut at the Formula E season opener in Hong Kong onDecember 2, 2017. The automobile giant also announced having more than 20 electrified models in its range before 2025, which will include plug-in-hybrids and fully electric cars.