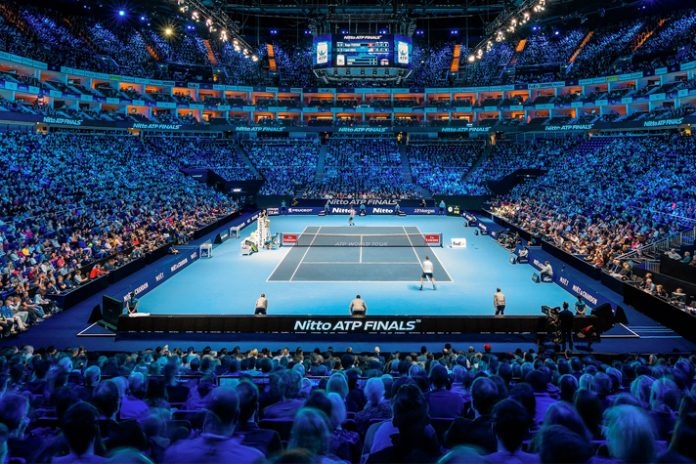 The ATP has initiated the tender process for determining the hosts for the Nitto ATP Finals after 2020.

The Association of Tennis Professionals (ATP), governing body of men’s professional tennis, has announced the opening of an international tender process to determine the future location of the ATP World Tour’s season finale, the Nitto ATP Finals, beyond 2020.

The ATP has chosen The Sport Business Group at multi functional professional service Deloitte to manage the bid process, which begins from today with an expression of interest phase. Any interested parties must submit their official applications by 2 November 2018, after which a short list of potential candidate cities will be announced on Friday 14th December, with a final decision to come not before March 2019.

Interested bidders can submit their expression of interest Deloitte at atpfinals2021@deloitte.co.uk.

The year-end The Nitto ATP Finals feature only the world’s best eight qualified singles players and doubles teams in the battle for the last and one of the most prestigious tennis title of the season. The year-end climax to the men’s professional tennis season is also the biggest indoor tennis tournament in the world.

After 62 ATP World Tour tournaments and 4 Grand Slams, only the top 8 singles players and doubles teams earn the right to play the prestigious Nitto ATP Finals. During the eight-day event, the ATP Finals website and social media accounts generate a combined 101.9 million impressions and 10 million video plays on average.

The prestigious season-ending tournament will be held at The O2 in London through to 2020, where it has been staged to wide acclaim since 2009. The event has successfully established itself as one of the major annual sporting events worldwide, with more than 250,000 fans attending the event annually, and global viewership figures reaching an average of 95 million viewers each year, ATP has stated in a Press release.

Chris Kermode, ATP Executive Chairman & President, said: “Our season-ending tournament has been a remarkable success story since it moved to London in 2009, and we look forward to continuing the tournament’s growth over the next three years at The O2 through to 2020.

“The tournament’s popularity and stature have reached unprecedented heights in London, which has attracted significant interest from potential future host cities over the years. We feel the time is right to undertake this international tender process as we look to secure the event’s future beyond 2020. The O2 has set a very high bar, and we expect that staying in London beyond 2020 will also be among the options for consideration as we go through this process.”

The tournament was first held in Tokyo in 1970 and has been staged in some of the major cities around the world, including New York City, Sydney, and Shanghai. The season finale’s longest stay in a single venue was across 13 consecutive editions at Madison Square Garden from 1977-1989.