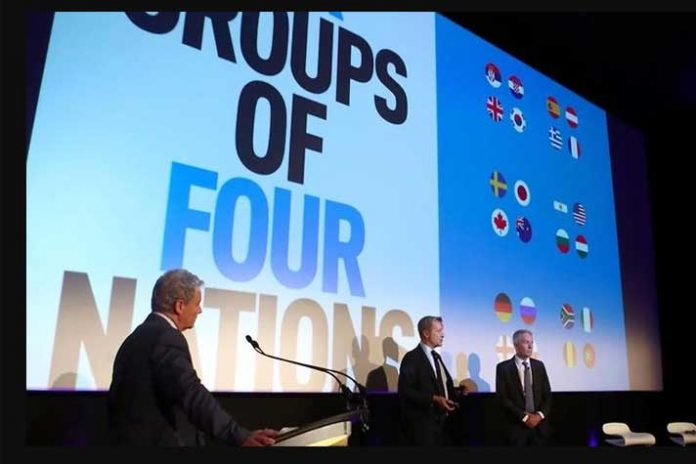 The ATP and Tennis Australia have officially unveiled the ATP Cup – a new team competition to kickstart the men’s tennis season from 2020. The tournament, which was announced during the Nitto ATP Finals in London, will be played across three Australian cities over 10 days in the lead up to the Australian Open and will feature teams from 24 countries.

The 2020 ATP Cup will offer US$15 million in prize money and up to 750 ATP Rankings points to the winners.

The ATP Cup directly clashes with the revamped Davis Cup event as schedule for both the events is separated by a mere six weeks.

Both the events are similar similar in format. Both the events are offering hefty prize monies. But the ATP Cup can offer the added pull of up to 750 ranking points for members of the winning team, at a time that suits the most to the players.

World No. 1 Novak Djokovic has backed the new ATP Cup team event, saying it will provide incentives for leading players to take part.

Also president of the ATP Player Council, Djokovic was among the players who joined ATP Executive Chairman and President Chris Kermode and Tennis Australia CEO Craig Tiley  to reveal the details of the competition, which has been shaped through extensive consultation over several years with players, tournament organisers and sponsors. The launch also revealed the ATP Cup’s new brand identity and a promotional video to bring the plans to life.

The event will mark the return of an ATP Team competition into the calendar for the first time since the ATP World Team Cup, held in Dusseldorf for 35 years between 1978 and 2012.

The move represents the latest initiative by ATP to innovate in the sport, as well as providing increased earning opportunities for its players, and introducing new fans to the game. The tournament will ensure every season starts with an event with a truly global profile, giving players the chance to see their nation crowned the best in the world.

Djokovic, who finished 2018 as the year-end No.1 for a fifth time, stated: “I like that it’s owned by ATP, by the players, and that we have ranking points, and it’s going to be the best way to kick start the season. Australia is a country that has a Grand Slam, that nurtures tennis tradition. More than 90 per cent of the time we’re playing as individuals and we don’t have too many team events. This is going to bring together a lot of nations and for me personally it will be a very nice and proud moment to represent my country.”

Tennis Australia CEO, Craig Tiley added: “This is an amazing opportunity, in close collaboration with the players and the tour, to deliver a globally impactful event that further elevates the sport and the fan interest in it. “We want to keep growing tennis, give the players an environment where they can perform to the best of their abilities and then ensure they are appropriately appreciated and rewarded. This event will help us all achieve that while connecting with new generations of tennis fans. It will provide a new source of inspiration for young athletes to choose our sport.”

The format of the ATP Cup will see nations split into six groups, with eight teams emerging from the round-robin stage to compete in the knockout phase until only one team is left standing. There will be up to five players in each team, with ties comprising two singles matches and one doubles match. The criteria for entry into the ATP Cup will be based off the ATP Ranking of the No. 1 singles player from each country.

On the other hand, revamped Davis Cup will also have the same format. Kosmos’ founder Gerard Pique wants the Davis Cup to be staged earlier in the year, but ideally needs the co-operation of the ATP. Talks continue, but unless common ground is found, amid the announcement of the ATP Cup there remains a major question mark over the long-term sustainability of the Davis Cup.