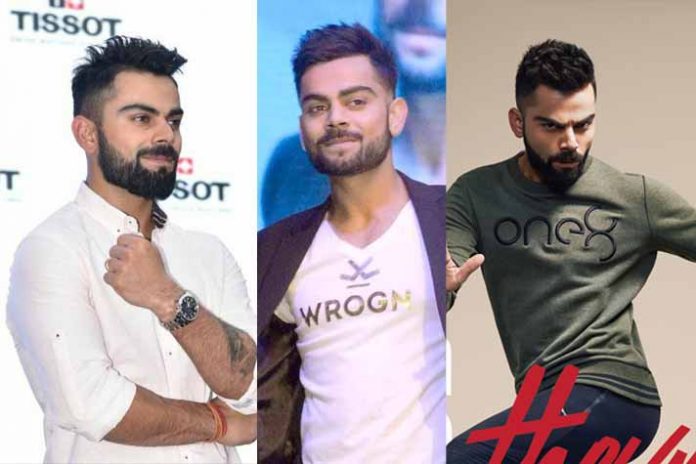 Run and record machine Virat Kohli has also become the undisputed king of Indian brand endorsement market. Neither the Khan’s of Bollywood, Divas of Silver Screen or yesteryear icons like Sachin Tendulkar and Mahendra Singh Dhoni come closer to Kohli in brand value and brand impact.

The Team India captain Kohli tops India’s ‘Powerful Celebrity Brand’ list of Duff & Phelps for second year in a row with a brand valuation of $ 170.9 mn. Deepika Padukone in the second place has $102.5 mn; and Akshay Kumar in the third position $67.3 mn. Next sportsperson in the list, Deepika Padukone at the 15th position has a brand value of $21.6 mn.

Read: Kohli’s open letter to his 15-year-old self; a key to success

As the prince charming of Indian cricket and brand industry celebrates his 31st birthday, InsideSport.co takes a look at his 31 iconic brand endorsements:

Puma (One8): The Kohli-Puma ₹100 crore deal has created a history for individual brand endorsement signings in the country. The German multi-national in association with Kohli has also launched new brand One8, where Kohli himself is a stakeholder. Puma provides design, product, retail and communication channels for the brand range of apparel, footwear and accessories. Clothing lines, Perfumes, energy drinks, sports and athleisure wear and footwear.

Wrogn: Just like One8, Kohli became the brand ambassador of the clothing line Wrogn in 2015. The brand, founded by Universal Sportsbiz (USPL), is co-created by Kohli.

Chisel Gyms: Just like One8 and Wrogn, chain of Chisel Gyms is another personalised brand of Virat Kohli. Kohli has reportedly invested ₹ 90 crore in the ₹ 190 crore project.

Tissot: The Swiss watch brand Kohli has been endorsing in India since 2016, last year had launched the Chrono XL Classic Virat Kohli Special Edition. The stopwatch feature has replaced has numbers ‘18’ in place of eight to denote the number of Kohli’s Team India jersey and his personal range of products One8. No 18 is written in red letters amidst the white texts on a black dial. 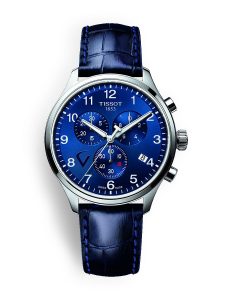 Audi: An ardent Audi car lover, Kohli just don’t drive and possess high end Audi modesl A8, R8 and Q7. He is also endorsing the German Luxury Car brand in India. In the past, Kohli has also had a brand endorsement stint with Toyota.

MRF Tyres: This one deal puts Kholi in the league of yesteryear legends Sachin Tendulkar, Brian Lara, Steve Waugh and many more. He has been the brand ambassador for MRF Tyres for years now. In 2017, the cricketer renewed his contract with the company for the next eight years. Team India captain also uses the bat sponsorship by MRF Tyres for his matches.

Manyavar: Kohli has been endorsing men’s ethnic wear brand Manyavar as its official ambassador since 2016. Soon after marrying Anushka Sharma, along with film actress wife has also become the face of the wedding range for the brand. Anushka has been endorsing band’s female range Mohey

Uber: Kohli has been the brand ambassador of app-based taxi service Uber since March 2018. Besides being the face of the brand, Kohli has actively been involved in a series of marketing and customer experience initiatives for Uber India.

Boost Energy: An epitome of fitness, Kohli has been the brand ambassador for one of GSK’s leading health drink Boost Energy for half a decade now.

Blue Star: Air conditioning and commercial refrigeration major, Blue Star, roped in Virat as the brand ambassador in October 2019. The company has recently launched a commercial video with 10 Kohli look-alikes and the Virat himself.

Wellman: Popular supplements brand, Wellman, appointed Virat its brand ambassador in the first half of 2019.

Himalaya: Virat Kohli and Rishabh Pant were named the brand ambassadors of leading wellness firm, the Himalaya Drug Company, May 2019.

Google Duo: Though Virat is now an ambassador of Google Duo, in March 2019, he did feature in an advertisement for the brand alongside his wife, Anushka.

Shyam Steel: In 2016, Virat and Shyam Steel first got together. Two years later, at the end of 2018, Virat once again featured in ad film for the brand, only this time, he had his wife by his side.

Colgate: Virat Kohli was recently roped in to endorse Colgate’s new variant – Neon. He has been working with the brand for a few years now.

Too Yumm: Health and fitness icon Kohli, who had dumpled a lucrative endorsement deal from Pepsi as he considered carbonated aeriated waters unhealthy, is a brand of Guiltfree Industries Limited’s Too Yumm. Stating that the product is a healthy snack, the company announced Virat as its health ambassador

Remit 2 India: In June 2018, Remit 2 India roped in Virat Kohli as its face of advertising.

Philips India: Virat got another major brand to endorse in June 2018, he became the brand ambassador of Philips trimmers.

Cinthol: Kohli as the rising cricket star in 2013 had appeared Cinthol deodorant promotional videos as the brand icon.

Fastrack: In one of his early endorsement deals, Kohli way back in 2010 has appeared in the Frastrack watch commercial with actress Genelia D’Souza.

Adidas: Before his iconic deal with Puma, Kohil has endorsed another German sportswear brand Adidas for three years.

Virusha: The duo as life partners now are also  the ‘Most Trustworthy’ and ‘Most Respected’ brand couple in the country, according to the ‘Power Couples’ Brand Power’ report published by business daily Economic Times. The report was based on a research carried out the Mumbai-based Indian Institute of Human Brands (IIBH).

Clear Anti Dandruff Shampoo: This was the brand deal that first brought Virat and Anushka Sharma together. It was also Kohli’s first significant appearance for a renowned brand.

According to brand-expert and founder, Harish Bijoor Consults Inc, Harish Bijoor, Kohli is only one cricketer who can have a shot at joining the likes of global brand ambassadors such as Roger Federer, LeBron James, Usain Bolt and Tiger Woods, it sure is Virat Kohli. “Take a shot at it Virat! You have everything going for you!,” says Bijoor.

Among other deals, Kohli has also endorsed mobile handset brands Gionee and Celkon. His deal with Gionee has ended controversially as the brand struggled to honour the high value endorsement deal with the King Kohli.

Read: Kohli one point away from Smith to be No. 1 Test batsman