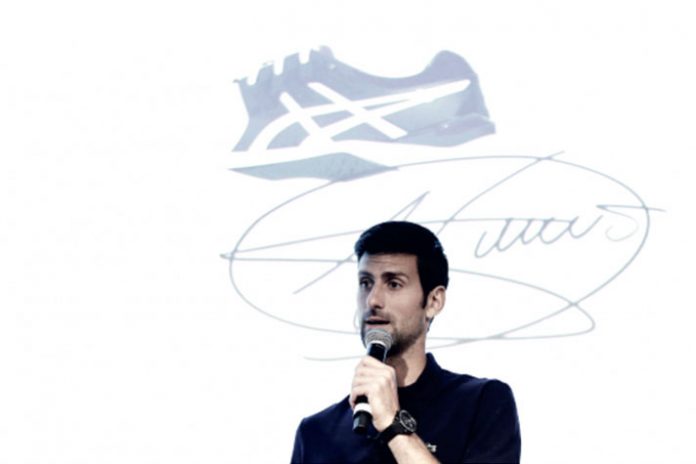 Asics has signed Novak Djokovic as the global brand ambassador.

The Japanese sports, footwear and apparel brand has announced a new partnership with the tennis player, Novak Djokovic. Asics has also launched a new tennis show – GEL RESOLUTION NOVAK – to announce the partnership.

A thrilled Djokovic said, “I’m thrilled to be partnering with Asics. They have gone above and beyond to ensure the technology is the best and specific to my needs as a player, on the court. The lightweight and support structures on the midfoot allow me to move quickly and ensure I have the right stability throughout my performance.”

The Serbian tennis ace shifts from Adidas to Asics in what will be his second brand association switch in less a quarter of a year. He has earlier moved on from apparel brand Uniqlo to Lacoste.

Motoi Oyama, chairman, president and CEO, representative director, Asics Corporation said, “Tennis has evolved drastically over the years with many players now requiring products that allow them to move faster around the court and hit with greater power. The tennis category will be a future focus for ASICS as we look to eventually achieve our vision of becoming the world’s number 1 tennis footwear brand.

“We’re thrilled to be working with Djokovic as part of our ongoing commitment to inspiring people to move more on and off the court. He’s an inspiration to the industry and fans across the globe, known for his stamina and strength, both physically and mentally. It’s fantastic to be partnering with someone that embodies the same values and beliefs that ASICS stands for every day.”

With the deal, Djokovic joins the likes of David Goffin, Coco Vandeweghe, and Gael Monfils as notable top players supporting Asics. However, unlike the other three payers, Djokovic will only be supporting Asics shoes as he is already committed to Lacoste for apparels.