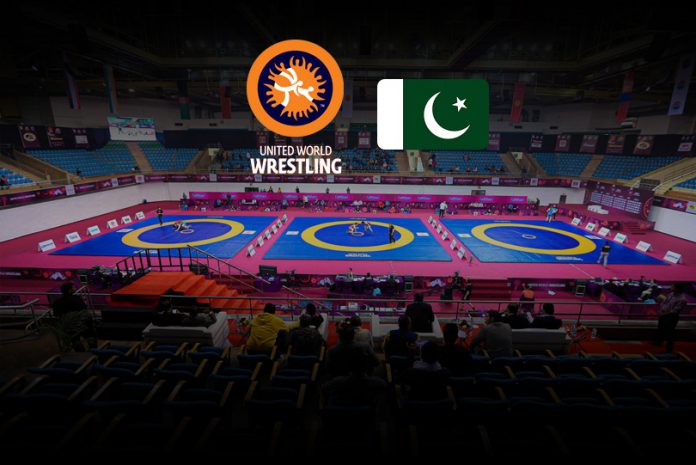 The three-member Pakistan squad and 17 others from different countries are competing at the ongoing Asian Wrestling Championship with the financial support of world governing body United World Wrestling (UWW).

The national federations are supposed to pay for their travelling squads but the United World Wrestling (UWW) recently decided to support nations who are not financially strong.

Tayab Raza (97kg), Zaman Anwar (125kg) and Muhammad Bilal (61kg) are competing from Pakistan and their stay has been sponsored by the UWW while coach Rashid Khan has managed his expenses on his own.

“It’s not just Pakistan but wrestlers from Jordan and Cambodia have all been sponsored by UWW. They want to promote nations who are not financially very strong,” WFI assistan secretary Vinod Tomar said.

The UWW has taken care of the wrestlers’ stay in New Delhi, whie their national federations have managed the travel cost.

The cost of one wrestler’s stay is 180 Swiss francs, which amounts to an approximate ₹13,200. The means, UWW will be paying ₹ 1.50 lakh for three Pakistani wrestlers’ four-day stay in Delhi.

It has also been learnt that the Pakistani wrestlers were initially given a hotel in Kaushambi, which falls in Uttar Pradesh. Since their visas are restricted for Delhi only, their hotel was also shifted.

“They were put in a hotel near Kadkaddooma and they have been given a car as well to manage their transportation from hotel to the venue,” Tomar said.

Raza acknowledged the support they have received from the UWW and the Wrestling Federation of India in facilitating the trip to Delhi.

“UWW wants to promote wrestling, so they are supporting us but I am not sure what kind of support they are giving. You have to ask the federation if it’s financial support. I know that they want us to participate in events,” said Tayab.

Zaman said no one in Pakistan expected that they will be granted visas to travel to New Delhi. The relations between the two nations got more tense following the Pulwama attack and India’s subsequent surgical strike in Pakistan last year.

“The circumstances were such that no one thought we will be able to come here. We did not have a proper national camp. We train every day but when you know that you are sure to compete, the intensity during the training is different,” said Zaman.

Tayab said they trained for 10 days and thanked WFI President Brij Bhushan Sharan Singh for using his influence to get them visas. “It’s because of the WFI that we are here. Zaman stays in Gujranwala, I live in Lahore, another guy stays in Sindh and when we train for an important event, we all get together but it could not happen for a longer period this time. Just 10 days we trained together. Nobody thought we will be given visas,” he said.

“If we were sure about visas we would have trained together after the Games in Nepal.”