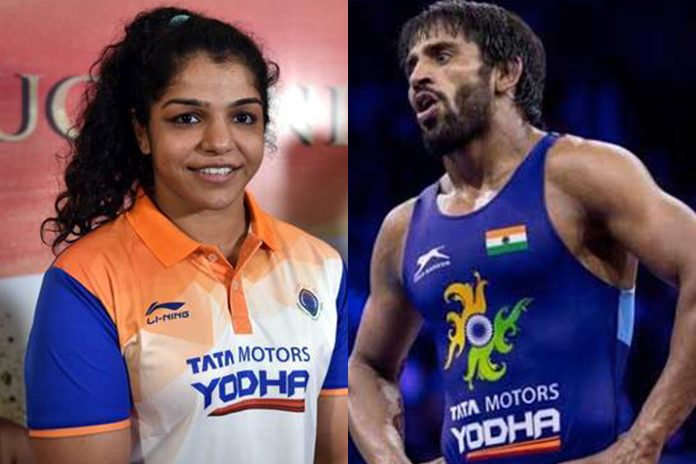 Olympic bronze medallist Sakshi Malik and World No. 1 Bajrang Punia will spearhead India’s campaign at the Asian Wrestling Championships starting Tuesday. Besides Sakshi and Bajrang, Vinesh Phogat is another big names who would be vying for top honours during the mega-event. Vinesh will hope to give a good account of herself in the women’s 53kg – a relatively new weight category for her. She had competed for the first time in that category at the UWW Dan Kolov-Nikola Petrov tournament in Bulgaria and had bagged a silver medal. In the same competition, Bajrang, who was competing in men’s 65kg category, clinched a gold.

Sakshi, the bronze winner at the Rio Olympics, also settled for a silver, in women’s 65kg, while Pooja Dhanda won the yellow metal in women’s 59kg category. At the Asian Championships, Sakshi will go back to her 62kg category, while Navjot Kaur will represent India in women’s 65kg.

Pooja Dhanda will fight in 57kg in this tournament. Asian Games bronze medallist Divya Kakran will return to competitive wrestling having recovered from an ankle injury and is all set to compete in women’s 68kg category.

National champion Amit Dhankar will participate in men’s 74kg in the absence of two-time Olympic medallist Sushil Kumar, who decided to give the Championship a miss. Dhankar is a former Asian Wrestling Championship gold medallist at the 2013 New Delhi edition.

Rahul Aware, the wrestler from Maharashtra, is making a comeback to the Indian team and will compete in men’s 61kg weight division.