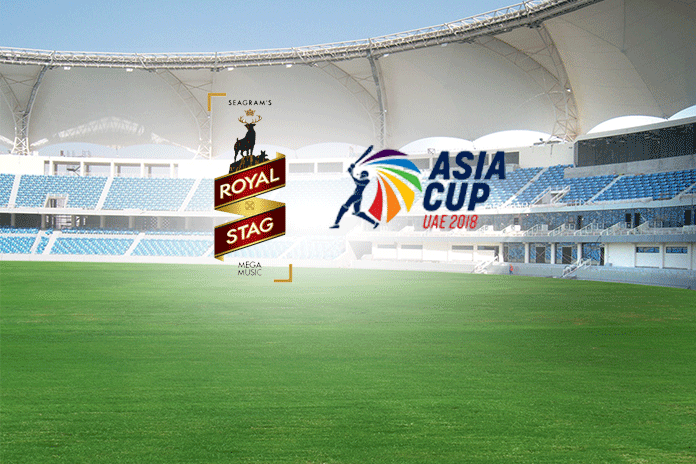 Asia Cup 2018 associate sponsor Royal Stag will offer 100 all-paid tickets for the India Pakistan tie in Dubai to the winners of its “India’s Largest Fan” contest.

Seagram’s Royal Stag has inked a deal to be an associate sponsor for the Asia Cup 2018.  The brand has also launched a fan activation campaign “India’s Largest Fan”, which will enable the 100 lucky contestants an opportunity to watch the India Pakistan encounter in Dubai.

Watching a live cricket match between India and Pakistan is always a dream for any cricket fan. Strengthening its association with cricket, Royal Stag is providing the fans across the country a once-in-a-lifetime opportunity to travel to Dubai and get a chance to witness India take on Pakistan live at the Asia Cup. Fans can participate in the ‘India’s Largest Fan’ contest by Royal Stag and be among the 100 lucky winners from India to see the live clash between the two arch-rivals in Dubai.

“Royal Stag’s ‘India’s Largest Fan’ contest is the perfect opportunity for our patrons to fulfil their dream of watching India play Pakistan live at the cricket stadium and we will leave no stone unturned in making this a once in a lifetime experience for them. Cricket is worshipped like a religion in India and we understand the passion people have for the sport in this country. Our association with Asia Cup 2018 will further reinforce our association with cricket,” said Pernod Ricard India chief marketing officer Kartik Mohindra.

Also Read: Asia Cup Live Action: When and where to watch? Schedule, timings and fixtures

“Royal Stag has always lived up to its brand philosophy of ‘Make it large’. With India’s Largest Fan, we hope to give cricket lovers a ‘money can’t buy experience’ in Dubai, truly making it large in full glory.”

Cricket is more than just a sport in our country and Royal Stag is all set to provide this opportunity to the die-hard cricket worshippers by fulfilling their wishes of witnessing an international Indo-Pak match and cheer for the men in blue in Dubai cricket grounds.