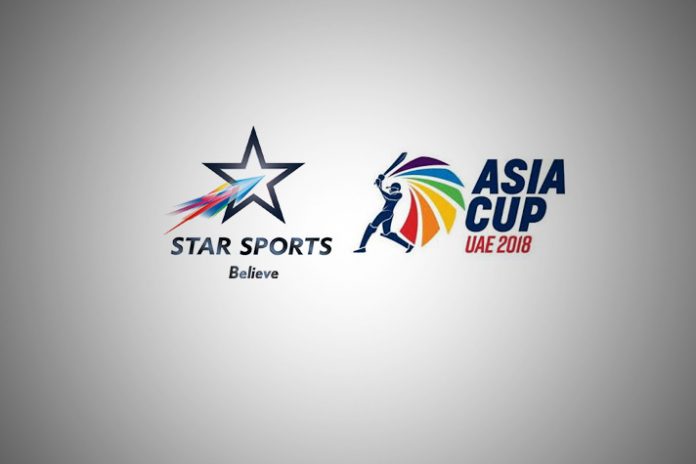 Star Sports will continue with its highly successful multi-screen and multi-language broadcast strategy for the Asia Cup 2018 Cricket tournament next month. The official and exclusive broadcaster for the six-nation Asia Cup in India, Star Sports has dedicated nine channels for the Asian Cricket Council’s one-day international tournament.

The Asia Cup 2018 is scheduled from 15 to 28 September in Dubai and Abu Dhabi. India will play against arch-rivals Pakistan on September 19 in the crucial revenge match following their shock defeat in the ICC Champions Trophy final on June 18 last year.

The two teams can probably meet thrice over a span of 10 days including in the Super Four Round, introduced for the first time in the Asia Cup, and the final on September 18. 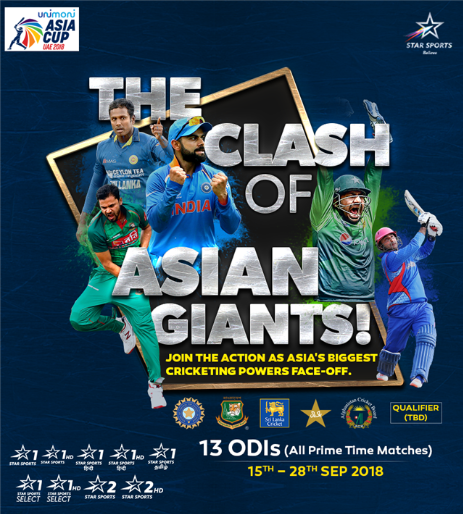 The Asia Cup 2018 in the UAE will feature India,  Bangladesh, Sri Lanka, Pakistan, Afghanistan and a qualifier. The matches will be played at the Dubai International Cricket Stadium and the Sheikh Zayed Stadium, Abu Dhabi. The Dubai Stadium will host the tournament opener on September 15 and the Final on September 28.

Star Sports will formally release its Asia Cup campaign and media plan on Monday, August 13, in Mumbai. Star is promoting the Asian regional cricket championship as The Clash of Asian Giants!