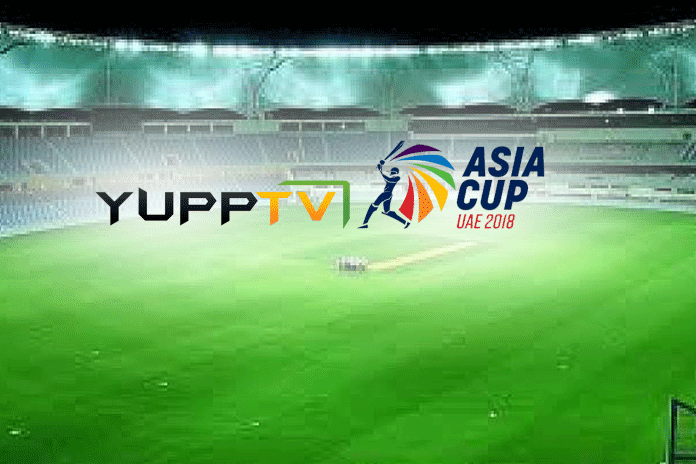 YuppTV, the world OTT leader for South Asian content, has bagged the exclusive digital rights for ASIA CUP 2018 in Australia, New Zealand, and all countries under Continental Europe.

Commenting on the latest development, Uday Reddy, Founder & CEO, YuppTV, said, “We are excited to be hosting the ASIA CUP 2018 on our YuppTV platform. Cricket, as a sport, has enjoyed a religious following amongst the cricket enthusiasts and we are glad to offer them easy access to all the action LIVE, anytime, anywhere at their convenience. We are hopeful that the users will respond positively, getting their dose of the entertainment comfortably on our platform.”

This year the Asia Cup is being played in the 50-over-a-side format in Dubai and Abu Dhabi.

Cricket lovers can subscribe for the series at www.yupptv.com and watch the action live on YuppTV. Users can also enjoy the matches LIVE on-the-go via YuppTV app on their IOS and Android smartphones or any internet enabled device.

YuppTV is one of the world’s largest internet-based TV and On-demand service provider for South Asian content, offering more than 250 TV channels and 3000+ movies in 13 languages. YuppTV, received funding from Emerald Media, a Pan-Asian platform established by leading global investment firm KKR for investing in the media and entertainment sector, wherein Emerald Media acquired a significant minority stake in the company for US$50mn.  YuppTV had earlier raised its Series A round of funding from Poarch Creek Indian Tribe of Alabama.

YuppTV is currently ranked #1 Internet Pay TV platform for Indians living abroad and the largest Internet TV platform from premium content availability in India. YuppTV is the most downloaded Indian SmartTV app and it also boasts of 13 million mobile downloads with 4.0 user rating.