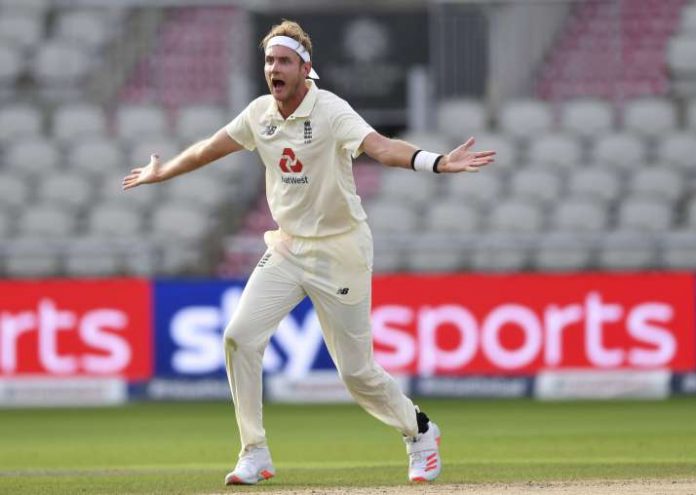 Ashes 2021: England’s circle of Test cricketers tend to culminate in a four-year cycle with the Ashes series in Australia. New faces are introduced after that cycle with old guns overlooked. But pacer Stuart Broad says that’s not going to happen in January 2022 when the Three Lions end their Australia for the Ashes 2021 as he aims to continue playing beyond the Test series along with many more including James Anderson.

“English cricket’s mindset for as long as I can remember has been to work in four-year cycles, culminating in an away Ashes series. It tends to reset itself after tours Down Under and that is why a lot of players have played their last Test matches in Sydney. Some are dispensed with, others come in,” Stuart Broad wrote in a column for the

“But I don’t envisage that happening to this England team because we’re in the middle of an era of potential success, and it’s not an ageing team that needs rebuilding. This is a youngish team who need a bit of time. And I see myself as a big part of our aim to become the best Test team in the world,” the English quick added. He will turn 35 in a month’s time.

At 35, playing Test cricket as a fast bowler is taxing on the body. But Stuart Broad and James Anderson have proved the doubters wrong with their carefully managed workload and fitness. The two have constantly done well, taking England to newer heights. Come Ashes 2021, England will complete another cycle but Stuart Broad says he aims to continue.

“Once you were written off as soon as you reached 30, but now a genuine enjoyment seems to exist for people watching these older players delivering. It’s no longer about pensioning them off, but enjoying them while they’re here. And I think my new-ball partner Jimmy (James Anderson) and I have proven that the more experienced you are, the more you can deliver under pressure,” Broad wrote.

Ashes 2021: Stuart Broad said being a red-ball specialist and playing just one format has helped prolong his career but the intensity hasn’t gone down. He has continued to maintain fitness, missing just one home Test in 11 years due to injury.

“I think I have maintained the high levels I set for myself throughout my England career and the bar I set for my personal expectations has not dropped. I genuinely think I am now better than ever,” he said.

“Part and parcel of being a red-ball specialist cricketer is ensuring I am fresh and fit for all seven Test matches this summer. I’ve missed one home Test in 11 years – the corresponding one at the start of last summer. I feel in great form, so I am ready to fulfil my part of the bargain,” he added.

Ashes 2021: England aims to be the best Test team

As for the nation’s performance, after a decade of lull, England have done well since the New Zealand series, winning four Test series. Their only blot has been a crushing loss against India away. But now that’s in the past. Stuart Broad says beginning with the New Zealand series in June and followed by England series, the team will aim to continue the momentum and become the world’s best Test side.

“Home advantage usually counts for something in international sport but that is not necessarily the case this week against New Zealand, who will arguably have more players in their XI with previous Lord’s Test experience than us. With India to follow, after what happened to us over there last winter, and then the Ashes, Test cricket doesn’t get any bigger than the year ahead. I just don’t intend it to be my last,” he said.