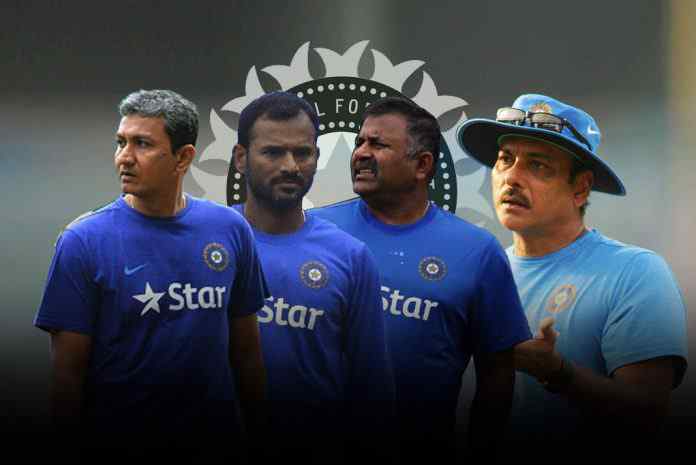 Bharat Arun will India’s bowling coach. Is Zaheer Khan out? It is official. Sanjay Bangar, the former batting coach of Team India, and R Sridhar are the other two assistants of national cricket coach Ravi Shatri.

Head coach Ravi Shastri announced his “core coaching team” for the next two years. B Arun was appointed as bowling coach while R Sridhar was appointed fielding coach. Former batting coach Sanjay Bangar will be the assistant coach.
Shastri was interacting with media. The head coach said that he was very clear who is core team will be and this is what he wanted.

The team will have its first bowling coach in over a year as announcement is made on Tuesday about the former India and Tamil Nadu medium pacer’s role under Shastri.

However, there is no clarity yet on Zaheer Khan and Rahul Dravid’s roles with the Indian team as yet. Both were appointed the bowling coach and the batting coach for tours respectively by the three member Cricket Advisory Committee. Shastri, though, was not pleased with the recommendation by Sachin Tendulkar, Sourav Ganguly and VVS Laxman.

Shastri, addressing the media today, said: “It all depends on for how many days Zaheer and Dravid want to assist team. Their services are most welcome.

“Shastri has made it clear that Zaheer can spearhead the unit, but he needs someone like Arun to be around the team and see that what Zaheer suggests is implemented. Shastri is set to meet the Committee of Administrators on Monday and he will put forward his request,” cricketnext has quoted an official as saying. “The BCCI can certainly bring in guys like Zaheer and Dravid as consultants from time to time. Their experience is invaluable. But as far as a full-time support is concerned, I will need to decide on it because it is me who will be working with them for next two years.”

The decision to appoint Arun, as well as promote Bangar and extend Sridhar’s contracts, was taken at the BCCI headquarters in Mumbai by the Committee of Administrators chairman Vinod Rai after he heard recommendations from the four-member committee formed in the wake of Shastri’s appointment to take a call on the assistant coaches of the Indian team, reports Times of India.

The latest committee consisting of acting board president CK Khanna, acting secretary Amitabh Choudhary, BCCI CEO Rahul Johri and CoA member Diana Edulji on Tuesday consulted with Shastri, who had emphasized earlier that “as far as a full-time support is concerned, I will need to decide on it because it is me who will be working with them for next two years”.