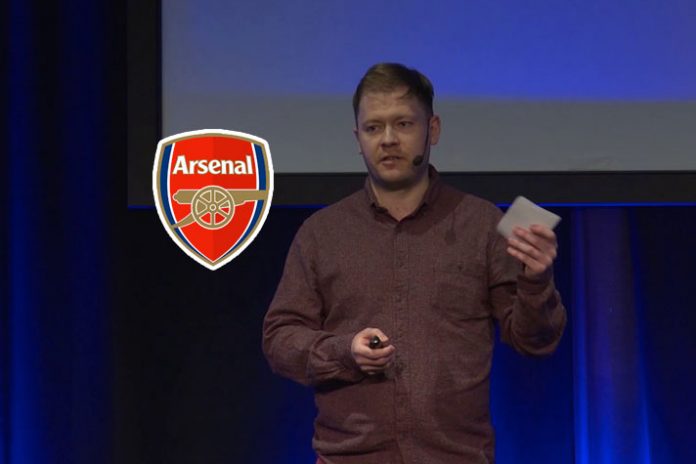 Mikhail Zhilkin has joined the English club as a data scientist. He will work towards analysing injury and related physical data, putting together insights to be utilised as coaching tools. For Mikhail Zhilkin the job at Arsenal will be different from his candy crush profile as here the Russian data scientist will be working on the real data, unlike the numbers of the virtual world of Candy Crush.

A graduate of the Moscow Institute of Physics and Technology, Zhilkin has a Master of Science in Applied Physics and Mathematics. He will work under Arsenal’s director of high-performance, Darren Burgess.

Zhilkin has no prior experience in the football industry. Zhilkin’s job specification will require him to create bespoke profiles on each player in order to assist with training and injury recovery.

Zhilkin joined King.com, the firm behind the Candy Crush franchise, in 2013. He would go on to lead the technical side of the game’s workings. He was the data scientist in charge of both Candy Crush Soda and Candy Crush Jelly, two of the most popular versions of the game.

Candy Crush Saga is considered one of the first and most successful uses of a freemium model on both web and mobile platforms.