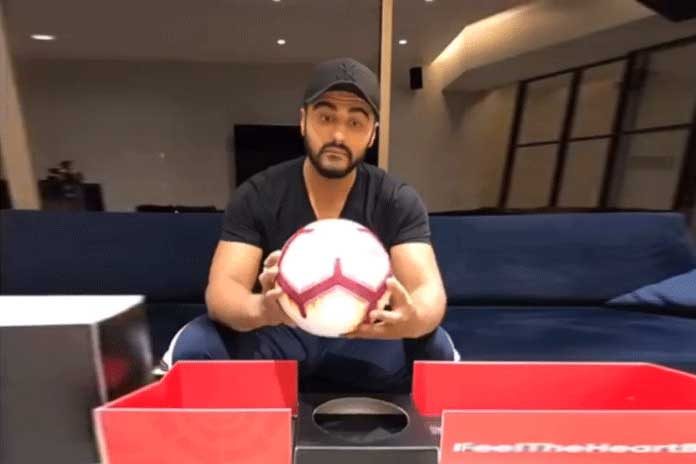 Pune City co-owner and Indian film actor Arjun Kapoor has been revealed as the face of the Spanish First Division Football League, LaLiga in India.

“I love football and have always found LaLiga a representation of the passion, colours and adrenaline rush of the game,” Arjun Kapoor has reportedly said about his association with Spanish First Division Football League.

“As the person representing this league and bringing its magic to Indian fans is a lot of fun. I look forward to watching LaLiga games and exploring different aspects of this league,” added Arjun.

The football entrepreneur and fan, Kapoor is also scheduled to visit Valencia to promote the top matches in the league.

LaLiga has a strong fan following in India, which will get a further boost with the Arjun Kapoor association.

Arjun Kapoor, while sharing his excitement about the LaLiga association, has also unveiled the official match ball for the 2018/19 season.

Stoked to be the face of @LaLiga in India and unveil the official football of this season! See you guys in the stadium soon!!! #LaLigaSantanderIsBack #ItsLaLiga