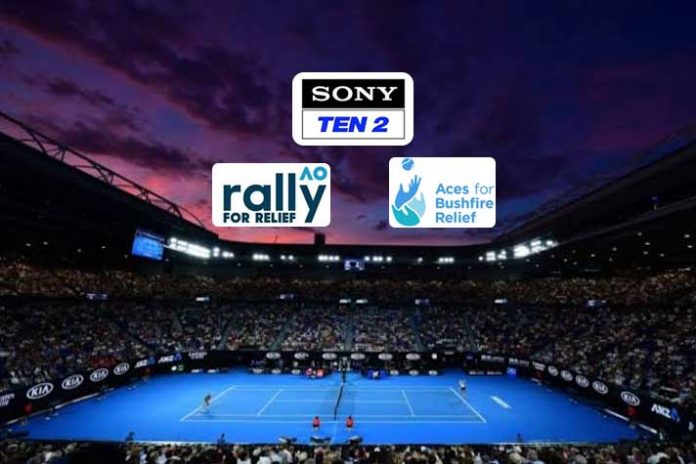 As tennis legends take to court in Melbourne tomorrow (Wednesday) for an exhibition match – AO Rally for Relief – to raise funds for the victims the bushfires in Australia, Indian fan will be able to catch all the action LIVE.

In a quest to help victims of Australian bushfire, tennis stars have come together for the charity match ahead of the Australian Open 2020, scheduled to start from January 20.

Roger Federer, Rafael Nadal, Serena Williams and Novak Djokovic spearhead the galaxy of tennis stars who have descended in Melbourne for the Australian Open. The ace athletes are coming together to headline the ‘AO Rally for Relief’ exhibition match at the  Rod Laver Arena on Wednesday, January 15.

AO Rally for Relief is part of the broader Aces for Bushfire Relief programme, launched by Tennis Australia in response to the devastating bushfire crisis across the country, and which has been embraced by the global tennis community.

“This unprecedented bushfire crisis is devastating people, properties, communities, livestock and animals across the country and our hearts go out to all those affected,” Tennis Australia CEO and Australian Open Tournament Director Craig Tiley said.

“We felt it was vital we use all our events across the summer to make a meaningful contribution to help these people and communities rebuild their lives. The response from the tennis community – our players, clubs, partners and international tennis bodies – has been overwhelming and it’s wonderful to see everyone pull together.”

Naomi Osaka, Caroline Wozniacki, Nick Kyrgios, Stefanos Tsitsipas are among the other leading names to feature on the Rod Laver Arena in Melbourne.

The Indian fans can watch the AO Rally for Relief action LIVE on Wednesday from 1:30 PM on Sony Ten 2 and Sony Ten 2 HD.

Meanwhile, broadcasters across the globe are televising the proceedings as well as call-to-action messages throughout to allow viewers to donate.