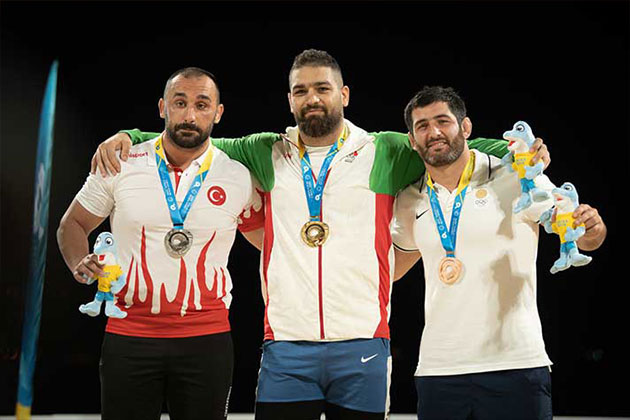 The medals continued to diversify at the ANOC World Beach Games as beach wrestlers from Georgia, Iran, Italy and Nigeria closed out the final day wrestling in Qatar with shiny gold medals draped around their necks.

The first men’s wrestler who impressed the energetic crowd on Katara Beach was Davit KHUTSISHVILI (GEO). The Georgian, with his pearly white smile that matched his tights, circled the sand with his nation’s flag after downing Ibrahim YUSUBOV (AZE), 5-1, in the opening period of the 80kg finals. 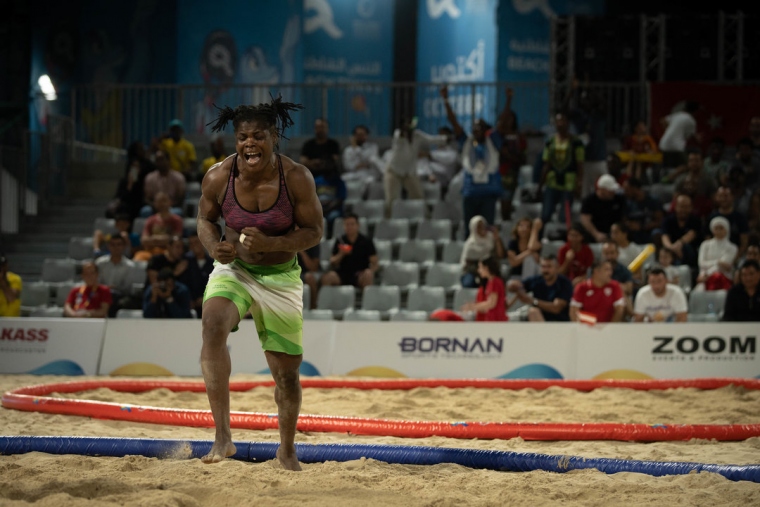 The second male gold medal of the day went to Iran’s Pouya RAHMANI (IRI), who cruised to a 3-0 win over Ufuk YILMAZ (TUR) in the 90kg gold-medal match. His finals blanking of Yilmaz was the tattooed Iranian’s fifth shutout……Continue reading: Click here