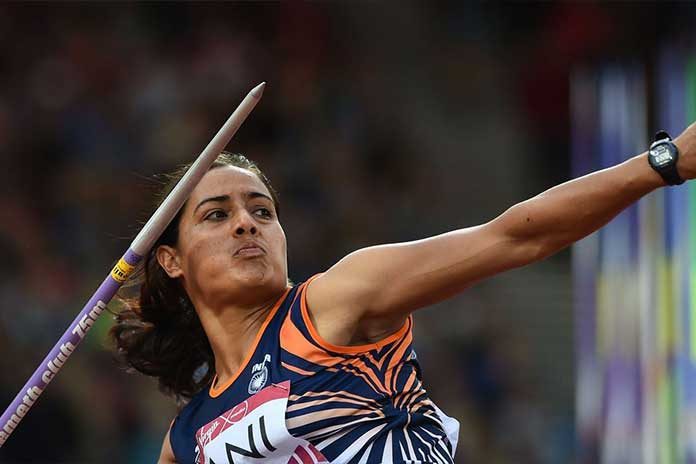 Javelin thrower Annu Rani rewrote her own national record to clinch the gold and qualify for both the Asian and World Championships on the third and penultimate day of the Federation Cup National Senior Athletics Championships here on Sunday.

The 26-year-old Rani, who represented Uttar Pradesh, hurled the spear to a distance of 62.34m, nearly half a metre more than her earlier national record of 61.86m that she recorded in 2017. Her effort bettered the qualifying standard of 61.50m for the World Championships to be held in Doha in September-October later this year.

She also qualified for the Asian Championships, also to be held in Doha next month, for which the qualifying standard of 58m was set by the Athletics Federation of India.

Haryana’s Kumari Sharmila won the silver with a throw of 54.98m while Rupinder Kaur of Punjab was third with an effort of 53.90m at the National Institute of Sports grounds here.

Iavit Murali Kumar, an adivasi athlete who worked as part time labourer in road construction in Dang district of Gujarat, won the men’s 10000m race to qualify for the Asian Championships.

Kumar, who had won the men’s 5000m race on the first day of the event, crossed the finish line in 29.21.99 to win his second gold of the meet, bettering the Asian Championships qualification mark of 29 minutes 50 seconds.

“On Sundays and two months in between school annual exam and new session, I used to work as daily wage labourer in road construction in my place and earned Rs 150 a day. That was in 2013 and 2014. I used the money in buying running shoes,” said the 22-year-old who hails from a village near Saputara hill station in Dang.

“My parents are adivasis and you know they do not have regular income. Athletics is costly, a pair of running shoes costs Rs 5000. But I got selected to the Bhopal Athletics Academy in 2015 after a trial and I am currently training there. Gujarat government also helped me a lot. Under the Shaktidoot Scheme, I got Rs 5 lakh in 2016 after winning medals at international level.

“My aim is to do well in the Asian Championships and qualify for the World Championships. My ultimate aim is the Olympic Games,” he added.

After class X, he shifted to Open School system and last year he failed in the English paper of the 12th exam. He took the English compartment exam this year.

“If I pass, I will take up a job, may be in police or income tax. At the same time, I will study and complete graduation (not regular course) and run at the same time,” Kumar, who won 3000m and 5000m races in Gujarat Khel Mahakumbha and got Rs 5000 as prize money, said.

Rani, on the other hand, has been in the athletics circuit for some time, winning a bronze each in the 2014 Asian Games and 2017 Asian Championships but consistency has never been her forte. In 2017, she created the then national record of 61.86m but all other performances that year were below 60m.

Last year, her best show was a 57.37m. She was not initially selected for the 2018 Asian Games but later made a ‘backdoor’ entry on the basis of her performance in the Inter-Railway Meet. A medal was in her reach in Jakarta, but she could only come up with a 53.93m to finish sixth.

“Yes, you can say there has been a sort of mental block as I was not being able to do my best during competition. I was doing well during practice but it was not getting translated on the field. I focused a lot on this metal aspect and it came off good today,” Rani said.

“I have been in that lean form for some time and it happens to athletes. I hope my performance graph will be now on the up.”

Rani said she improved her technique with the help of coach Baljeet Singh, who has been with her for the last few months.

“We have made changes in her technique. The speed of her hand was slowing down at the point of release and we worked on that. The angle of release was still high even today. Earlier, she was throwing wide and so we worked on her angle of throw. Also, she was getting the power from the side of her body,” Singh said.

“We worked to make changes in all these, and that too in the two-three months I have been with her.”

Four other runners also crossed the Asian Championships qualification standard in men’s 10,000m race besides Kumar but only two out of five can take part in the continental meet in Doha next month.

Uttar Pradesh’s Abhishek Pal was second with a time of 29.22.37 and the bronze went to Kalidas Hirave of Maharashtra who clocked 29.25.16. Defending champion Tamil Nadu’s G Lakshmanan was fourth clocking 29.26.41 and Vasudev Nishad of UP came fifth with a timing of 29.31.42.

While she didn’t manage to meet the AFI guidelines, Kerala’s Krishna Rachan set a new meet record in the women’s pole vault competition.

The 25-year-old improved on V Surekha’s five-year-old meet record of 4.05m by clearing a height of 4.06m. The jump was also a new personal best for Rachan, who had a previous best of 3.95m recorded in Bhubaneswar in 2018.