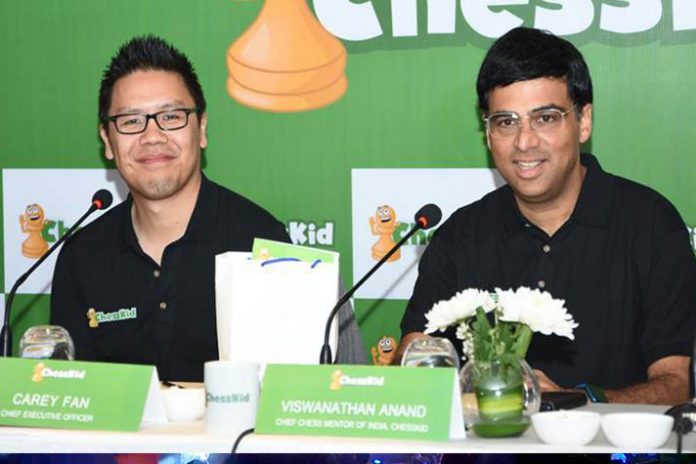 A US-based online chess platform chesskid.com has launched its Indian edition with India’s first Grandmaster Viswanathan Anand as its mentor.

Indian chess has risen consistently in the last three decades. India currently has 63 grandmasters – the highest title Chess players can get – and ranks 8th in the world. In June last year, Tamil Nadu’s R Praggnanandhaa became the world’s second-youngest chess grandmaster at the age of 12 years and 10 months.

The online platform, which is a first of its kind in the country, aims to provide deep, enriching content for kids, teaching children the creativity of art and logical reasoning while also teaching calculated risk taking and sportsmanship.

Speaking about the new initiatives, Carey Fan, CEO, chesskid.com said, “India is a rapidly rising chess country. There are 195 million elementary school-aged children in India and the education market is expected to grow to $40 billion by end of 2019, up from $20 billion in 2015. There is a lot of scope for a chess platforms like ours to flourish here.”

“Also, we have Viswanathan Anand on board with us who is considered to be one of the greatest sportsmen in history. While there are many other chess platforms in the market, chesskid.com is one of the few platforms that amalgamates the joy of playing a game like chess as well as offers some rich content that keeps users engaged,” he continued.

With ambitious growth objectives and the aim to hit 2,000,000 paid Indian subscribers in five years, chesskid.com also states that it has plans for smart investments into business development, creative marketing promotions, technical development and SEO.