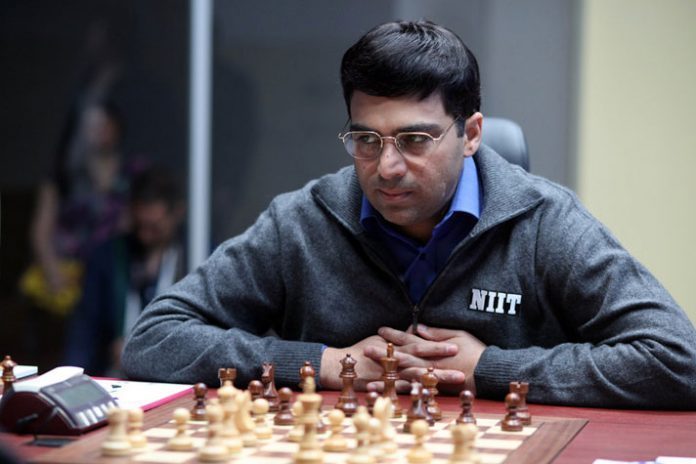 Five-time world champion Viswanathan Anand played out yet another draw, sharing points with Daniil Dubov of Russia in the ninth round of Tata Steel Masters at Wijk Aan Zee.

Anand could not do much with his white pieces against Dubov on Wednesday although optically his position appeared to be preferable after the opening.

As it happened in the game, the players reached a fairly level position after the opening and the draw was not a problem for Dubov. With 4.5 points, the Indian ace is at number 10 in standings.

World’s top ranked Magnus Carlsen of Norway stormed through the defense of whiz-kid Alireza Firouzja to bounce back in reckoning for top honours.

Carlsen showed to the world who is the boss even as everyone had already started comparing him with Firouzja. The World champion was at his technical best in outclassing the Iranian born out of a closed Ruy Lopez as black giving no chances whatsoever.

“I got a nice, playable position early on and it felt like it was easier for me to play. It felt like he was drifting, sort of. He couldn’t really find a plan there,” said Carlsen.

Fabiano Caruana of United States emerged as the sole leader on six points out of a possible nine after drawing with Nikita Vituigov of Russia.

With Caruana on six, Carlsen is now joint second and pretty much within striking distance of attaining his eighth championship here. Anand on four points, has a lot of work to do to be in with a chance.

In the Challenger’s section Surya Shekhar Ganguly slipped to fourth spot as he was held to a draw by young gun Vincent Keymer of Germany Ganguly needs a couple of big wins to win the event and qualify for the Masters next year.