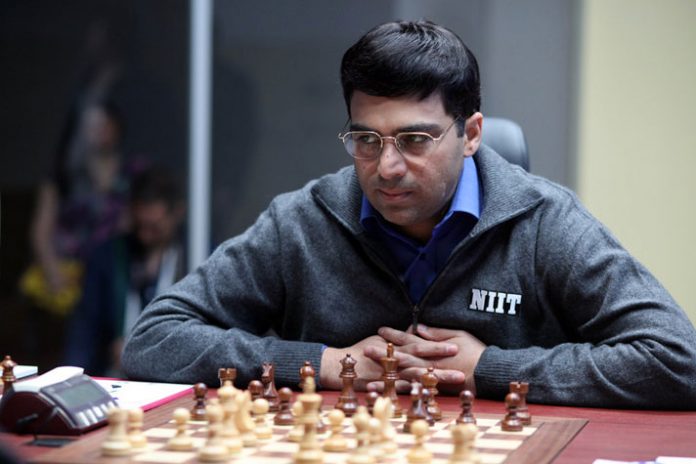 Former world champion Viswanathan Anand pulled off an easy win over Wesley So of United States to be joint fifth after the fifth round of the Altibox Norway chess tournament here.

Anand proved why he is hailed as the speed king when he easily managed a draw in the Armageddon game as black and won 1.5-0.5 against Wesley.

With his third victory on the trot after two losses in the first two rounds, Anand took himself to joint fifth position in the super tournament that is for the first time trying out a format that gives decisive results in each round.

For Anand, the writing was on the wall in the Armageddon where he had seven minutes compared to 10 that Wesley got being white.

The ‘draw-odds’ being order of the day for black, Wesley was expected to go for the King. However, the Filipino-turned-American decided to fight on strategic grounds that did not work as a good idea.

Wesley chose an unorthodox queen pawn game wherein Anand had no troubles equalising out of the opening.

The pieces changed hands at regular intervals and the Indian ace was at his best in finding some wily manoeuvres that kept Wesley at bay. In the end, the players reached a rook and pawns endgame which was just a draw.

Meanwhile, reigning world champion and local star Magnus Carlsen continued with his winning ways and accounted for Maxime Vachier-Lagrave of France in another Armageddon of the day.

All five games in the 10-player tournament were decided in the tiebreaker in the fifth round.

Carlsen took his tally to eight points with his fourth victory in the tiebreaker.

Yu Yangyi of China emerged on the second spot on 6.5 points with another fine performance that saw him get past Americal Fabiano Caruana.

Levon Aronian staged a comeback at the expense of Ding Liren of China to share the third spot along with Wesley on six points while Anand is now joint fifth with Ding Liren.

Shakhriyar Mamedyarov of Azerbaijan stands on the seventh spot on 4.5 points a full point ahead of Caruana. Vachier-Lagrave is ninth with just three points. Alexander Grischuk of Russia is on 2.5 points and needs some big scoring in the remaining four rounds.