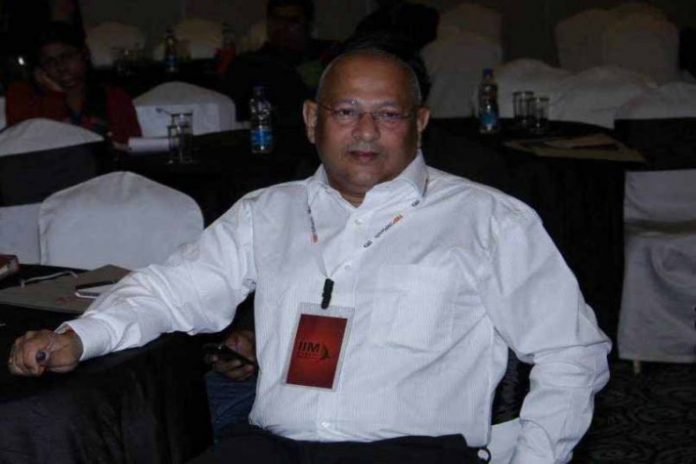 Has BCCI officiating secretary Amitabh Choudhary favored ICC against the wishes of Indian cricket board in a bargain to attend the world cricket governing body’s board meeting?

The Board of Control for Cricket in India’s Committee of Administrators has written to the International Cricket Council to bar Amitabh Choudhary from the ICC board’s meeting.  He did not just attend the meeting but has also reportedly voted for the FTP (fixed tours programs for international cricket) against the wishes of the BCCI.

ICC Chairman Shashank Manohar had ignored CoA chief Vinod Rai’s communique and allowed Choudhary at the governing body board meeting on Tuesday. It is being seen as “two Indians joining hands to work against the wishes of the Indian cricket board”.

In spite of BCCI’s objection to the proposed FTP, which proposes one ICC tournament every year during the 2023-31 cycle, Choudhary has reportedly voted in favor of the ICC proposal in the bargain to “attend the meeting”. National daily Times of India quoting sources has reported that Choudhary had voted for the FTP in spite of the BCCI vehemently opposed to it.

“It’s like an act of treason. He wasn’t supposed to be there in the first place. What he did there (casting the vote in favor of the idea to have one ICC tournament every year) is unacceptable. How can you vote against your own country’s interests?” the daily has quoted those tracking developments as saying.

Rai and BCCI CEO Rahul Johri had informed the ICC that India would not be able to attend the ICC board meeting due to the ongoing election process in the Indian cricket board.

Manohar still allowed Choudary to attend the meeting minutes before it was to start “That is why the ICC invited Choudhary to Dubai in the first place,” sources told the daily.

“Frankly, this meeting and the vote on FTP doesn’t mean anything. Eventually, BCCI has to sign an agreement with the ICC and we won’t do it if they don’t want to hear India. In fact, not just India but England, Australia, New Zealand, and West Indies — they’ve all said the same. The Members Participation Agreement won’t be signed,” say those tracking developments.

Meanwhile, the ICC also wants an India-Pakistan warm-up match ahead of the T20 World Cup next year. India expectedly is not a game for the ICC’s wish.