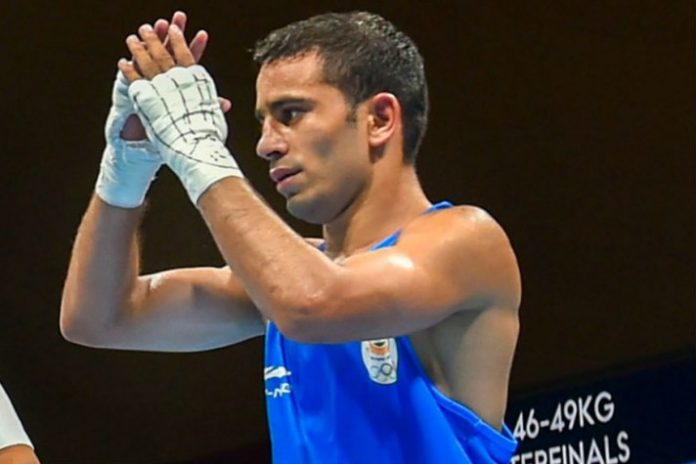 Panghal beat Tunisia’s Boughanmi Bilel 4-1 in the men’s 52kg category as the boxers continued to impress.

Amit Panghal seeded 2nd, gets bye along with three others at World Boxing C’ships

Chirag won his bout 5-0 against Venezuela’s Bonilla Jhoinen 5-0 in the 56 kg bout.

However, Sanjeet suffered a 0-5 defeat at the hands of China’s Wang Zhibao in the 91kg super heavyweight round of 32 bout.

India have sent a contingent of 54 participants across nine sports archery, boxing, diving, modern pentathlon, shooting, track and field, gymnastics and tennis in the competition.

India won six medals in the 2015 edition which was held in South Korea.

A total of 9,308 military personnel from 109 countries are competing in the World Military Games here, setting a record of the most participants in the Games’ 24-year history.

The 7th edition offers 25 competitive sports and two demonstration sports. In all, 329 gold medals will be up for grabs.