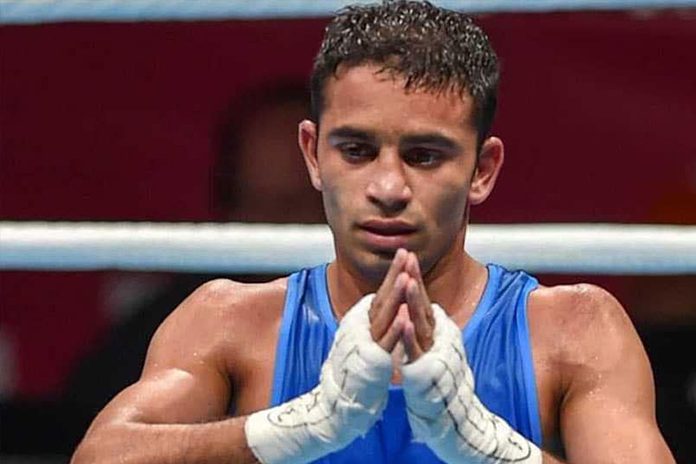 Asian Games and championship gold-medallist Amit Panghal and 2017 world bronze-winner Gaurav Bidhuri were Tuesday nominated for the Arjuna award by the Boxing Federation of India (BFI).

Panghal, who claimed the light flyweight (49kg) category gold after defeating reigning Olympic champion Hasanboy Dusmatov of Uzbekistan in the Asiad final at Jakarta, was nominated last year as well for the second highest sporting honour after the Rajiv Gandhi Khel Ratna.

However, he was not considered due to a failed dope test in 2012, for which he served a one-year ban.

“We are nominating Amit again and we are confident that he will be considered this time,” BFI President Ajay Singh told reporters at a felicitation function.

Panghal, who now competes in 52kg category, had said that the anabolic steroid for which he tested positive was a case of accidental intake during treatment for chicken pox.

His name was not accepted by the awards selection committee due to the positive dope test. It remains to be seen whether there would be a change in the position due to the Armyman’s continuous remarkable performances, including a Commonwealth Games silver last year and most recently a gold in the Asian championships in the 52kg division.

“Let’s see what happens now. I am hopeful that this time, I would be considered,” Panghal told PTI.

Similarly, Bidhuri’s name has also been sent again. The Delhi-based boxer, who recently won a silver medal at the national championships, was the lone Indian medallist at the 2017 world championships in Hamburg.

Other boxers who will be in contention but have not been recommended by BFI are former world silver-medallist Sonia Lather and former CWG bronze-winner Pinki Rani.