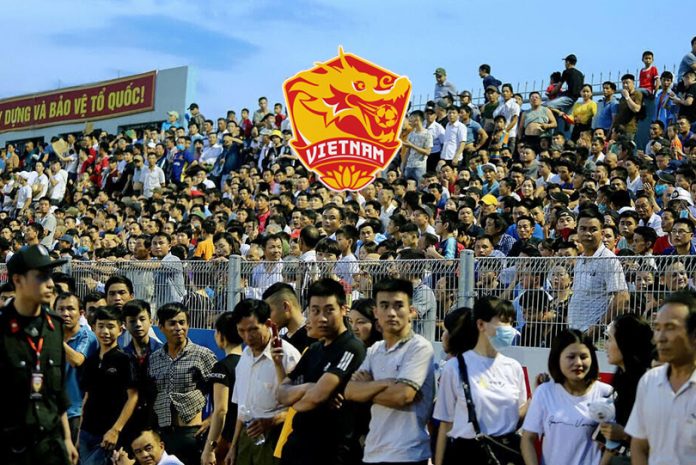 During these Covid19 times, the sporting world is slowly opening up but with a condition – No Crowds / fans allowed in the stadium.

Contrary to this norm now a days, Vietnam Football League is now only allowing fans entry in the stadium but also has broken all attendance records.

According to VnExpress, leading local website in Vietnam, the ninth round of the topflight football contest V. League 1 this season has set a new record attendance of 73,000.
According to Vietnam Football Federation (VFF), a total 73,000 spectators attended last week’s ninth round, an average 10,429 fans per clash, surpassing the previous sixth round record of 66,000 attendees, an average 9,429 spectators a game.
A total 400,000+ spectators attended the first nine rounds of V. League 1 this season, up 33.3 percent year-on-year.
The ninth round occured last weekend, with each round featuring seven games.

The match boasting the highest number of fans occurred between Duoc Nam Ha Nam Dinh and Quang Nam on Sunday with 18,000 people, followed by the Hanoi FC and SHB Da Nang match (15,000 fans) on the same day and Hoang Anh Gia Lai and Becamex Binh Duong match (14,000 fans) on Saturday.

India vs Pakistan LIVE: 5 superstars who are out of form ahead of T20 World Cup

India vs Pakistan LIVE: 5 superstars who are out of form...