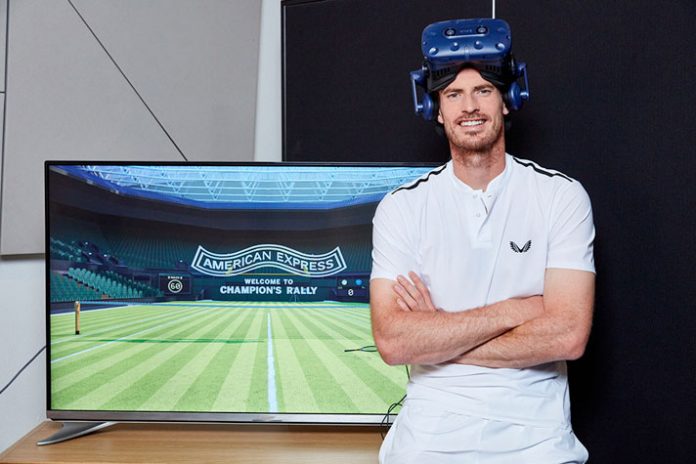 American Express has announced its partnership with two-time Wimbledon champion Andy Murray to kick off a multi-year partnership with The All England Lawn Tennis Club, as the Official Payment Partner of The Championships.

As part of the deal, American Express will unveil its Fan Experience, one of the most innovative activation spaces ever on-site at The Championships, along with a range of on-site benefits for Card Members attending the event and additional benefits off the Grounds for small merchants and American Express corporate clients, American Express has stated in a Press release.

Central to the Fan Experience will be the opportunity for all visitors to take part in ‘Champion’s Rally’, an immersive virtual reality challenge that gives fans a chance to practise on Centre Court alongside Andy Murray.

American Express will offer a host of additional on-site Card Member benefits, including access to a dedicated Card Member Lounge, in-ear radios featuring a live broadcast of Centre Court, No.1 Court and the Wimbledon Radio Channel, as well as a Card Member offer where fans spending £120 cumulatively at the event on an enrolled eligible card, will receive £20 back as a credit on their next statement.

Andy Murray to hang his racquet after Wimbledon 2019

“Our partnership with Wimbledon is an important example of how we’re backing customers and tennis fans around the globe with unique experiences and benefits,” said Deborah Curtis, Vice President, Global Experiences and Partnerships, American Express.

“Building on our heritage of supporting tennis in the US, this partnership will be supported by a 360-degree marketing campaign that highlights the many advantages of being an American Express Card Member at The Championships and delivers an enhanced event experience for Card Members that reflects the best of our brand. We’re also excited to leverage the partnership at a B2B level, supporting our small merchants in the Wimbledon area and bringing a pop-up activation to several of our UK corporate clients, so they can truly immerse themselves in the experience of the Championships.”

Andy Murray added: “I’m excited to be working with American Express ahead of my return to the tour. I had good fun working on Champion’s Rally and I’m looking forward to seeing everyone have a go on Centre Court – so long as they don’t beat my score.”

Highlights of American Express’ plans for The Championships, Wimbledon 2019 include:

American Express has commissioned a brand new space, (open between 1 -14 July) in the Southern Village at Wimbledon as part of its partnership with The All England Lawn Tennis Club. The custom-designed Fan Experience has been designed around the theme of ‘Tennis in an English Garden’. In addition to participating in the Champion’s Rally, all Wimbledon fans will be able to relax in the hammock house and bespoke seating area, complete with charge points for phones and complimentary sunglass cleaning. Fans can share their experience through the American Express postal service where they can mail postcards to friends and family and take photos in front of a uniquely designed, ‘Don’t Wimbledon Without It’ flower wall. 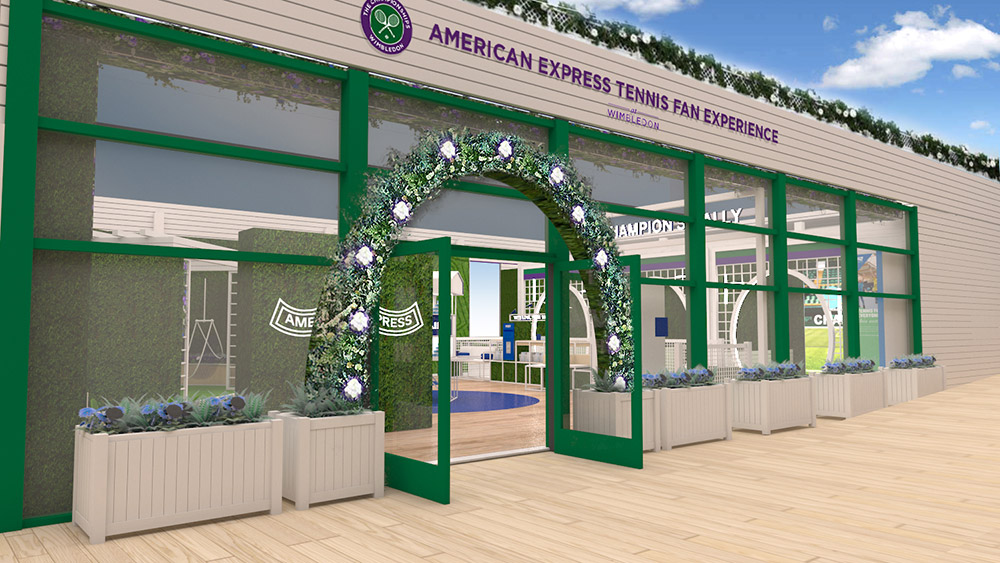 American Express is launching a unique interactive gaming experience, Champion’s Rally, within the Fan Experience. This will allow fans to step into a virtual reality experience and play tennis in both the digital and physical worlds. Players will aim to hit five targets positioned over the net to measure their speed and accuracy, encouraged by Andy Murray, all in the environment of Wimbledon’s iconic Centre Court. Available to all attendees at The Championships 2019, the difficulty of the game increases as players progress through the game before receiving a score at the end. 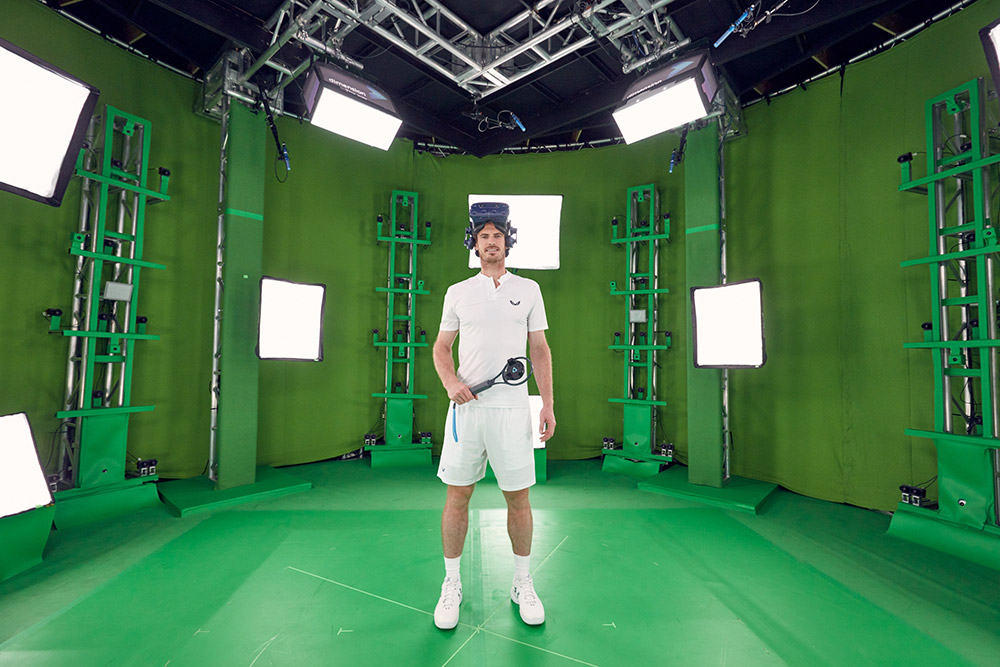 American Express is offering complimentary in-ear radios exclusively for Card Members, to bring them closer to all the on-court action. Fans will be able to tune-in to live commentary across the three official Wimbledon channels, with commentary provided by renowned broadcasters Marcus Buckland and Mary Rhodes. The radios will be available from bespoke flower cart distribution points in the Queue, the Fan Experience, the American Express Card Member Lounge and mobile kiosks across the grounds, while stocks last.² 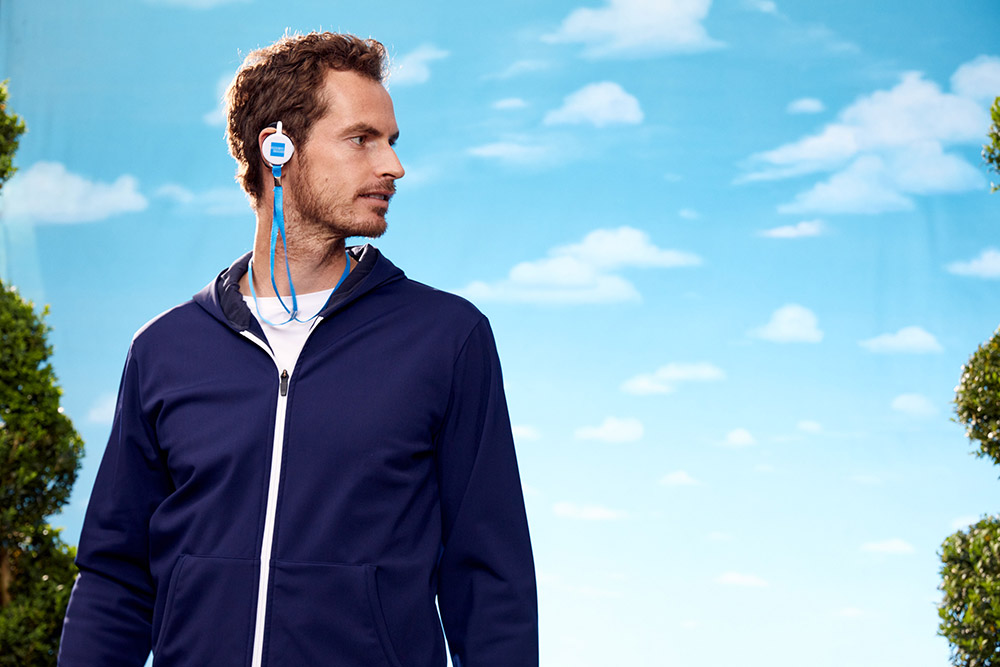 The specially-designed Card Member Lounge will offer American Express Card Members the ultimate place to relax during the day at The Championships. With a panoramic view of the Grounds and snacks and drinks available for purchase, it will be a comfortable and exclusive space for tennis loving Card Members to unwind between matches. Drinks available to purchase will include ‘The SW19’ Lanson cocktail, served only in the American Express Card Member Lounge, and the new Lanson Gold Label Vintage 2009.

No pre-booking is required; Card Members should simply head to the Lounge to take advantage of the space. Once capacity is reached, Card Members can enter a virtual queue and will be notified by text when space is available. 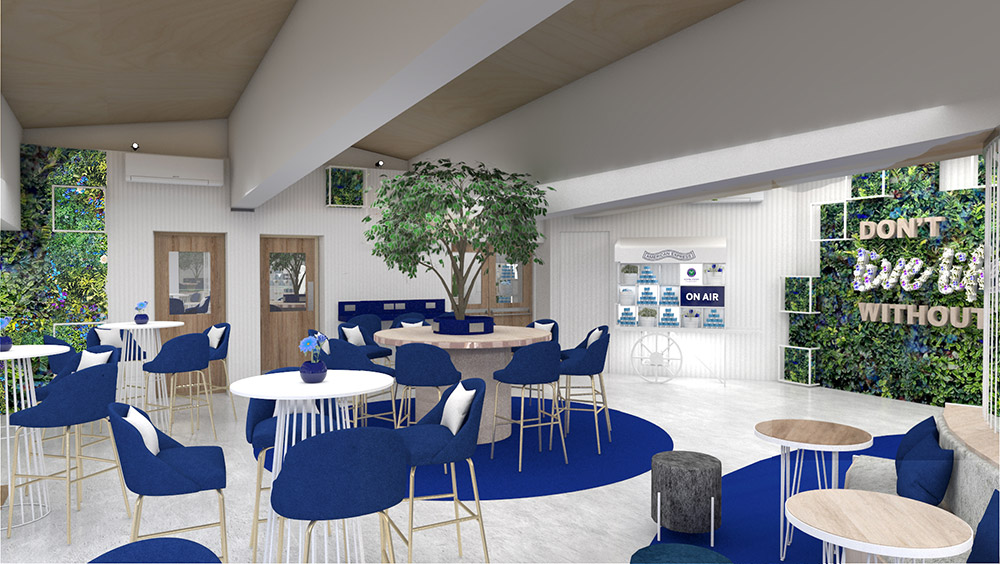 American Express Card Members will benefit from an exclusive spend offer, which means after they use an enrolled eligible card to spend £120 or more on-site across one day at The Championships, they will receive £20 back as a statement credit.¹

“We’re proud to be a partner of Wimbledon this year and bring Andy Murray on board as our newest American Express Ambassador. Whether enjoying the on-court action or the off-court American Express experience, we want to ensure fans know we have their back,” Deborah Curtis concluded.