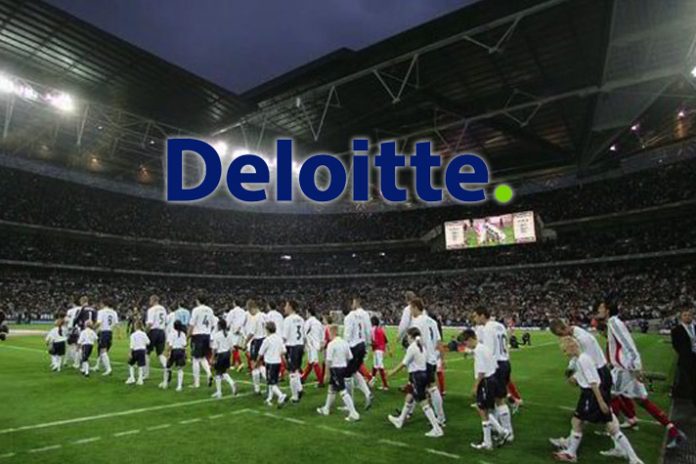 A Deloitte Sports Business Group study has revealed that 74.5m tickets were sold for professional sports events in the UK in 2017. This represents an increase of 7% on last year’s figure of 69.8m, supplemented by the UK hosting several major international tournaments, and the largest recorded total since London hosted the Olympic and Paralympic Games in 2012.

Dan Jones, a partner in the Sports Business Group at Deloitte, commented: “2017 has proven to be a stellar year for live professional sport in the UK, with total attendances just shy of 2012’s record year. Despite rising inflation, limited real wage growth, and squeezed household incomes, the fact that the UK public is continuing to show a strong appetite for watching live sport is reassuring to see.”

The top ten best attended annual sporting events held in the UK in 2017 pulled in cumulative crowds of almost 2.5m people. Meanwhile, the IAAF World Athletics Championships in London proved to be the most popular single event this year, attracting more than 700,000 spectators.

Once again, the most well-attended sport continues to be football, as 47.6m fans paid at the turnstiles to support their clubs and national teams – a 5% increase on 2016.

Over half of the top ten annual events in 2017 were horseracing or equestrian based. Royal Ascot again came out on top in this category with a total attendance of 294,000 over five days, whilst the Cheltenham Festival achieved a higher average daily attendance, of 65,000 racegoers per day across the four-day event.

Alan Switzer, director of the Sports Business Group, commented: “The UK public clearly has an enduring love of horseracing, with around 6m racegoers in 2017. The industry should be buoyed by the fact that Royal Ascot, the Cheltenham Festival, and the Epsom Derby continue to be some of the highlights of the UK sporting calendar. That said, the second-most popular sport in the UK is not complacent; this year’s move to ITV is just one example of a move to broaden interest across the population and it continues to innovate in order to remain attractive to younger spectators.”

The UK sporting calendar in 2018 includes the FIH Women’s Hockey World Cup in London, and the inaugural multi-sport European Championships part hosted in Glasgow. Further afield, all eyes will turn to Russia as Gareth Southgate leads England into the 2018 FIFA World Cup Finals.

Cumulative Premier League and Championship football attendances of almost 25m accounted for over a third of total tickets sold for UK sports events in 2017.

English Football League Championship attendances increased by almost 15% to 11.3m, boosted by Newcastle United attracting the sixth highest average league attendance in the country in 2016/17 despite their relegation to the Championship.

The UEFA Champions League Final was hosted in Wales for the first time as Real Madrid became the first team to successfully defend their title in the competition’s modern form at Cardiff’s Principality Stadium in front of over 65,000 fans.

Rugby Union’s attendances increased 11% to 5.5m in 2017. Attendances in Rugby League remained stable at 2.3m, as increases in both Super League and Championship gates were offset by a lack of home internationals in 2017 compared to 2016.

The IAAF World Athletics Championships was comfortably the best attended UK sporting event this year, as over 700,000 spectators witnessed a breath-taking ten days of world-class athletics. A memorable penultimate night of track and field saw the GB men claim a stunning and historic 4x100m relay gold in Usain Bolt’s final race, while the legendary Mo Farah finished his track career with a record of ten golds and two silvers in major championships.

Over 26,500 people, the biggest crowd ever to attend an ICC Women’s World Cup match, saw the England Women’s Cricket Team reclaim the World Cup at Lord’s as the tournament returned to England for the first time since 1993, with Anya Shrubsole producing the best ever bowling figures in a Women’s Cricket World Cup Final.

Cricket’s overall attendance was 2.7m in 2017, a year which saw England and Wales host the ICC Champions Trophy for the second successive tournament and a day-night Test Match for the first time. A record-breaking crowd of 235,000 attended the 146th Open at Royal Birkdale, making it the largest ever attendance for a Championship held in England, and a 17% increase compared to when The Open last visited Royal Birkdale in 2008.

Well over 300,000 fans again turned out for the Formula 1 British Grand Prix at Silverstone, as Lewis Hamilton achieved his fourth successive Silverstone victory on his way to winning the 2017 Drivers’ Championship, his third world title in the last four years.

Despite the absence of Andy Murray, the ATP World Tour Finals attracted a record total attendance of 253,642, making it the ninth successive year that the tournament has broken the quarter-million attendance mark. More than 2.3m fans have now attended the tournament since the Finals moved to London in 2009.

In boxing, Anthony Joshua’s world title fight against Wladimir Klitschko at Wembley in front of 90,000 fans in April 2017 was the single most lucrative event in the British sporting year in terms of ticket sales and pay television audiences.

The top ten annual events and rankings were broadly similar to 2016, with Wimbledon again taking the top spot, attracting over 473,000 attendees, with a further 24.1m stream requests during the tournament via BBC platforms making it the most streamed Wimbledon to date.