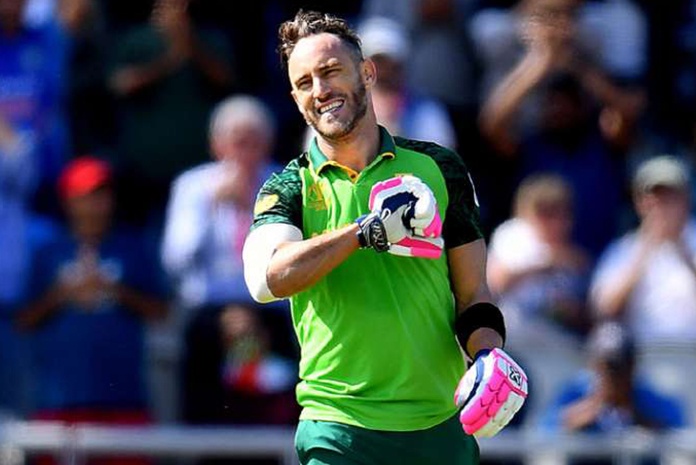 Offering his views on the ‘Black Lives Matter’ movement, which found support in the ongoing England-West Indies Test series where players from both sides took a knee in the opening match, du Plessis said time has come to fight racism head on.

“In the last couple of months I have realised that we must choose our battles. We are surrounded by many injustices in our country that require urgent attention and action to fix them,” the 36-year-old du Plessis posted on instagram.

Floyd became a symbol of the anti-racism movement after he was killed at the hands of a white police officer in Minneapolis, triggering widespread protests across the US and the world.

“So I’ve remained silent, with the intent to listen, but not respond. Slowing down my point of view, but quicker to hear the pain of someone else. I surrender my opinions and take the knee as an intercessor.

“I acknowledge that South Africa is still hugely divided by racism and it is my personal responsibility to do my best to emphasize, hear the stories, learn and then be part of the solution with my thoughts, words and actions,” du Plessis added.

This is in stark contrast to his past stance of rejecting talk of racism. He had said that “we don’t see colour” when asked about Temba Bavuma’s axing earlier this year.

“I have gotten it wrong before. Good intentions were failed by a lack of perspective when I said on a platform that – I don’t see colour. In my ignorance I silenced the struggles of others by placing my own view on it,” du Plessis said.

His teammate and pacer Lungi Ngidi has stated that the team will discuss a way to support the BLM movement when it has a chance at a group discussion. The players have restarted training after a prolonged break caused by the COVID-19 pandemic.

Du Plessis said the BLM movement has his full support.

“So I am saying that all lives don’t matter UNTIL black lives matter. I’m speaking up now, because if I wait to be perfect, I never will. I want to leave a legacy of empathy,” he said.

“The work needs to continue for the change to come and whether we agree or disagree, conversation is the vehicle for change,” he added.