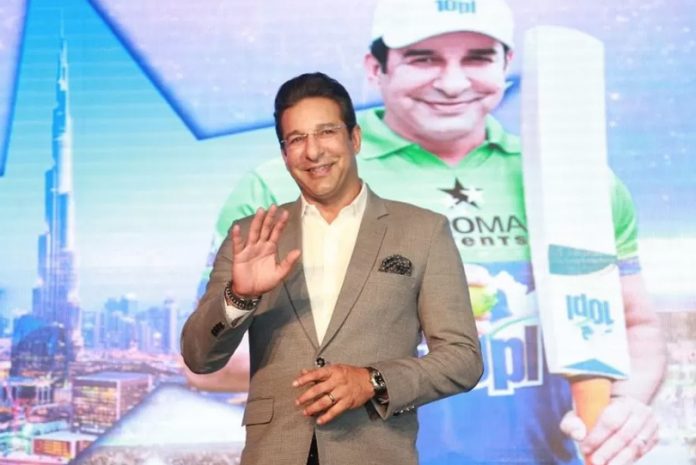 A biopic on Pakistan cricket legend Wasim Akram has been confirmed. The formal announcement was made on the big stage of the Pakistan Super League opening ceremony in Lahore.  A teaser has been released.

The film – Akram: An Era – will focus on the former Pakistan skipper’s life beyond the boundaries, past the pavilion. “All have seen unexpected yorkers and expected bouncers. My story past the pavilion is my best kept secret. The match I and life played beyond the stadium had no audiences,” the narrative of the teaser filmed with Akram in a cricket stadium with red cherry and shattering stumps as props sums it up that the film will bring to the fore unknown side of the cricketer’s personal life.

Akram has been among the most cherished cricketer not just from Pakistan, but from across the cricketing world. The film on his life undoubtedly will invoke tremendous interest among the Indian community as well. Post retirement, he had made India a home away from home as he would spend most of his time in the country doing commentary for the Indian sports networks and appearing as a cricket expert on Indian news channels, before the Pakistani artistes and cricketers were unofficially barred from working in the country due to deteriorating diplomatic relations between the two nations.

Akram: An Era will be produced under the banners of Pakistan-based 502 Productions and Pomelo Films.

In India, a biopic on MS Dhoni’s life has been a blockbuster, while Sachin Tendulkar had himself featured in a docudrama on his life. Another bid budget film on India’s 1983 World Cup title triumph is in the making.

Akram himself is excited with the upcoming project. “The fact that films are being made on cricket and, more importantly, sports stars is not only a good sign for the film industry but for the sport as well. Movies are a unique portal to engage a whole new generation, I am looking forward to participating in the production and cannot wait to see how this pans out,” he is quoted as saying in the Pakistani media.

It will be interesting to see how the film deals with Akram’s life post his wife Huma’s demise and then Shaneira walking into his life.

The feature film, according to the executive producer, will be packed with nostalgia, stellar talent and an awe-inspiring voyage.

The auditions for the film, states the teaser, will start after the Pakistan Super League.