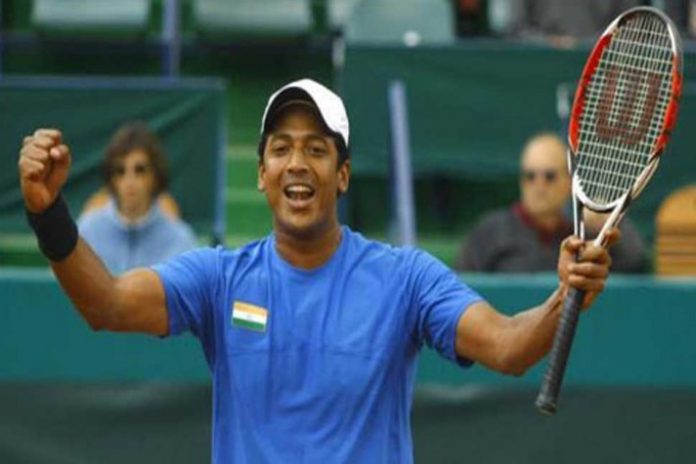 Mahesh Bhupathi says he does not mind being fired as the Indian Davis Cup team’s captain but what is unacceptable to him is the tennis federation’s allegation that he refused national duty.

Bhupathi, one of the most successful players in India’s tennis history, insisted that he never made himself unavailable for the Pakistan tie, which has now been shifted out of Islamabad by the ITF due to security concerns.

“I am not going to sit back after winning 12 Grand Slams and playing for country for 25 years to allow someone to say I am fired because I did not show up for national duty,” a fuming Bhupathi told PTI in an exclusive interview.

Also Read: AITA on sticky wicket after shift in venue

“I don’t mind being fired. They can say it’s time for a new captain. But nobody can say that I refused national duty. I genuinely thought it’s unsafe to travel to Pakistan which the ITF has validated. So, they are going to penalize me and players for this, it’s not going to work.”

Bhupathi, whose tenure as the captain began in Bengaluru in April 2017 with a tie against Uzbekistan, said AITA did not have the courtesy to inform him that he won’t continue as captain.

“I need some form of communication from AITA that I am not the captain anymore. I have not heard anything from them except that since Rohit is fine to travel to Islamabad and I am not, they will take him for this tie. And this was hours before the neutral venue was announced.”

However, when contacted, AITA secretary general Hironmoy Chatterjee said he did call Bhupathi to inform him about the change in captaincy.

“I personally called him on the evening of November 4 to inform that we have opted for a new captain,” Chatterjee claimed.

Bhupathi insisted that the communication to him was that Rajpal was being appointed just for the tie in Islamabad as he was unavailable and it was never conveyed that he was being removed for good.

“I have personally been involved with the sport at a macro level in India. Be it the Mittal Champions Trust or JSW’s IIS. I have raised money for Karman Kaur (Thandi), Sumit (Nagal).

“If these guys (AITA) don’t want me, I can disconnect but don’t tell the country that I did not show up for national duty. That’s unacceptable.”

Arguing his case further, Bhupathi said it defies logic that AITA first announced him as captain for the tie against Pakistan, involved him in selection discussions followed by deliberations with the ITF before suddenly announcing his sacking.

“The easiest way to fire me was when we lost to Italy (in February this year). They could have said I did not take the team to World Group so they are firing me. Why have they fired me just before the ITF meeting? There is no logic.”

When pointed out that his term got over in December 2018 and he was given an extension for the Italy tie, Bhupathi asked why AITA kept him involved in team matters even after that.

“If my term was over after Italy tie, why they called me for meetings and announced me as captain for the Pakistan tie. I was the one who convinced AITA to arrange a jet to fly to Pakistan instead of taking a flight. Today it is convenient for them to tell you that my term is over.

“I am not worried about getting fired. If I am not the right man for the job, so be it. But don’t take my name through the mud because I worked my whole life to get my name in tennis. I did not say I am unavailable, I said no one is comfortable going to Pakistan.”

When Bhupathi’s point was put across to AITA, Chatterjee said, “We have to continue with the old setup until the new captain is in place. We have now chosen the new captain.”

Bhupathi feels that AITA sacked him because the body thought he was instigating the players to not to travel Pakistan.

“The way AITA has operated in the last 25 years, they want to call all the shots. They think I am rallying the players to talk in one voice, so they thought cut the head of these boys,” he alleged.

In five ties under Bhupathi, India won against Uzbekistan (April 2017) and China (April 2018).