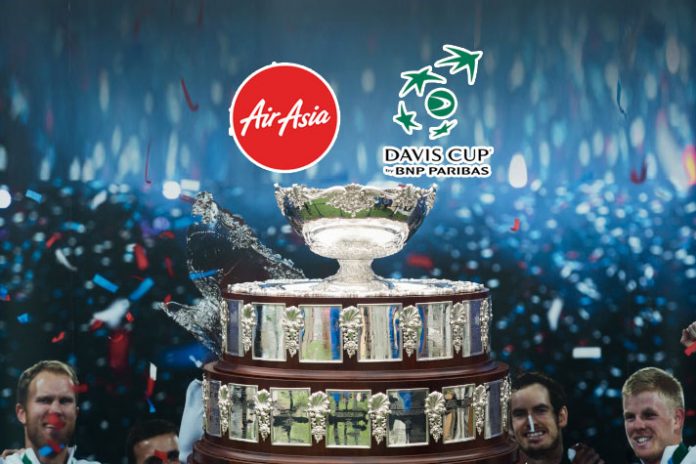 The International Tennis Federation and Kosmos Tennis have announced AirAsia as an official partner of the Davis Cup by Rakuten Madrid Finals for 2019 and 2020.

The partnership with Asia’s largest low-cost airline will strengthen the connection between world class tennis and Southeast Asia, and at the same time showcase and promote the region and its unique destinations, states a Press release.

Tony Fernandes, CEO of AirAsia Group, said: “The new-format Davis Cup adds a new dimension to the sport, inspiring and pushing boundaries for players, their countries and the millions of tennis fans around the world. Sharing and supporting our guests’ passions has always been key to our success as a brand, and why we couldn’t be more excited to be involved in this year’s Davis Cup by Rakuten Finals.

“The Davis Cup Finals are also a natural extension of our existing sponsorship portfolio, which now includes the World Surf League, Asean Basketball League and the UFC. We look forward to bringing our brand and region to life in Madrid later this year and hope that one day soon, we’ll see the Davis Cup Finals hosted right here in Southeast Asia.”

David Haggerty, ITF president, added: ”The ITF is delighted to welcome AirAsia as an official partner of the Davis Cup Finals. We are pleased to continue to partner with premium brands who recognise the value of this prestigious competition, and welcome the opportunity to promote the Davis Cup, and the sport of tennis, to global markets.”

Javier Alonso, CEO of Kosmos Tennis, added: ”Adding AirAsia among our main partners reinforces the international reach of the Davis Cup Finals. This partnership allows us to connect even more with the Asian public, achieving a truly global presence for the competition. The goal is that tennis reaches everyone and that the Davis Cup Finals are able to be promoted in all continents.”

Meanwhile, tickets for the Davis Cup by Rakuten Madrid Finals, which will be held from November 18 to 24 at La Caja Magica in Madrid, are already on sale at www.daviscupfinals.com. Tickets can be purchased starting at €25 euros, with special rates for children.

The revamped Davis Cup finals format begins with a group phase played Monday through Thursday, with the teams divided into six groups of three. The winner of each group and the two best runners-up – based on the number of matches, sets and games won – will qualify for the quarterfinals. The champion will be crowned after the end of the knockout phase on Sunday.