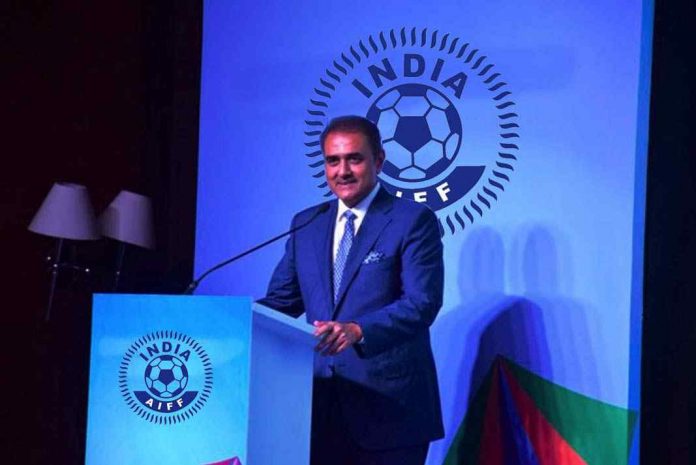 The All India Football Federation is expected to suggest a formula to end the stalemate and allow Indian Super League and I-League to prevail in the national football structure for yet another year.

The All India Football Federation (AIFF) president Praful Patel will in the meeting with representatives of I-League clubs in New Delhi will reportedly allow the I-League and the ISL to continue in their present for the 2019-20 season to end the stalemate, national daily Hindustan Times has reported.

Responding the long-standing calls of the I-League clubs, the AIFF president will finally be meeting the team owners in the Capital today (Wednesday).

The national daily, quoting anonymous AIFF, IMG-Reliance and I-League officials, has reported that that in a twist to the prevailing uncertainties over the past two years the ISL champions will be allowed to play the Asian Champions League qualifiers and the I-League winners will continue to get a berth in the AFC Cup, Asia’s second tier club championship.

This while granting ISL the status of India’s top league, will also not jeopardise the future of the I-League.

Ever since the ISL was recognised by the AFC in 2017-18, the champion club has got a berth in the AFC Cup and the I-League winners as India’s champions club were playing the Champions League qualifiers. The Champions League qualifiers also get direct entry to the AFC Cup. “Since we have a second division and promotion and relegation, whether the ISL, which doesn’t have either, becomes India’s top league is of academic interest,” the paper has quoted an I-League club official as saying.

The club official also said they could explore the possibility of the AIFF and clubs selling TV rights of the I-League separately. That, however, would be breaching the agreement between the AIFF and its commercial partners.