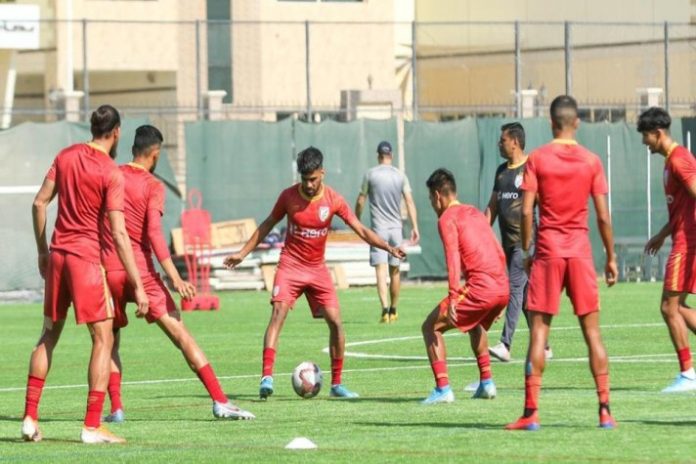 The Technical Committee of the All India Football Federation (AIFF) on Friday expressed disappointment at the national team’s performance against Bangladesh and Afghanistan which sent the country out of reckoning of a 2022 FIFA World Cup berth.

India drew with Bangladesh (at home) and Afghanistan (away) with identical 1-1 scoreline in the World Cup second round qualifiers to remain at fourth in their group with three points from five matches. India’s chances of advancing to the third round are virtually over.

The Technical Committee, however, accepted head coach Igor Stimac’s explanation that he got very little preparation time ahead of the away matches against Afghanistan and Oman.

Read: Can sports leagues survive in India in present eco-system!

“We told Stimac that India played well against higher-ranked opponents Qatar (0-0 draw in Doha) and Oman (1-2 loss in Guwahati and 0-1 loss in Muscat). But we were disappointed with the performance against Bangladesh and Afghanistan. We told the head coach that we should have played more attacking football as we needed to win against these two teams,” Technical Committee Chairman Shyam Thapa told PTI.

“But Stimac explained that he got very little time to train with the players (in the last two matches) as they were playing in the ISL. The AIFF also said that ISL fixture was decided much earlier and the coach was appointed in May-June only. We felt that was also correct and so we accepted his explanation. He also said that the conditions were very tough in the match against Afghanistan (at Dushanbe),” he added.

Thapa, a former India international, said Stimac assured the committee that the national team will produce a better performance in the three remaining World Cup second round qualifiers matches next year — against Qatar (home), Afghanistan (home) and Bangladesh (away).

In another decision, the Technical Committee recommended senior national team assistant coach Shanmugam Venkatesh to take charge of the India U-19 team in place of Floyd Pinto.

Venkatesh was also tasked to become the coach of Indian Arrows side in the I-League which begins on Saturday.

Thapa said the Technical Committee recommended Pinto, who was under the scanner of the AIFF after India U-19 team’s disappointing show in the AFC Under-19 Championships qualifiers, to be kept in the coaching staff of the senior national team to gain experience.

“We felt Pinto needs to learn under somebody and so he will be in the coaching staff of the national team. We recommended Venkatesh to take over India U-19 coach as well as Indian Arrows,” said Thapa.

The AIFF issued a release saying that Stimac gave a detailed presentation on the performance of the national team in its last five qualifying matches of World Cup qualifiers and provided an analysis of what needs to be done to improve the performance in the next three matches.

“The Committee members were unanimous about the improvement in the current style of play, and the fighting spirit of the Indian team. They felt the team is moving in the direct direction,” the AIFF said in the release.

National Teams Director Abhishek Yadav provided an update on other youth national teams, senior women’s national team, and also about the preparation of the women’s U-17 team for the 2020 FIFA U-17 Women’s World Cup in India.