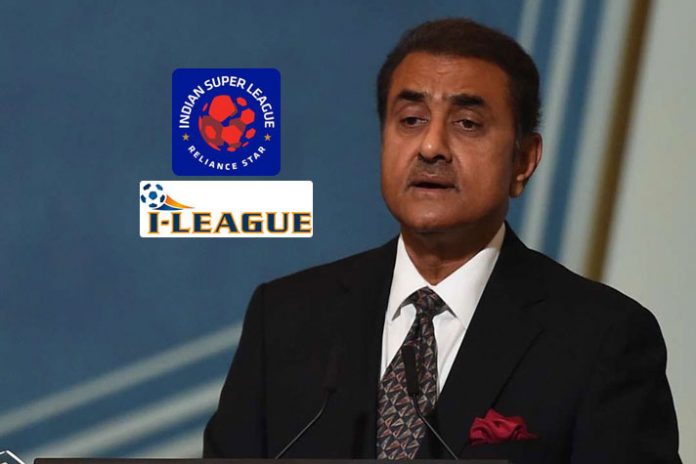 All India Football Federation president Praful Patel has ruled out any possibility of a unified league that could feature clubs form the Indian Super League and the I-League.

The AIFF while pleading helplessness to accept the Asian Football Confederation’s suggestion of forming a unified league of I-League and ISL clubs for the current season has expressed hope to find a solution over the next three years.

“The whole thing is being looked at in a narrow way. You have an ISL, they have a certain financial structure and the I-League has a different structure. You are talking about integrating it, but how will you integrate a club which is spending ₹2 crore a year with one which is spending ₹40 crore,” Patel has told India’s leading and one of the oldest sports publications Sportstar.

“In another three or so years – the window opens and you can negotiate with IMG-R to allow and integrate after eight years and not 10. They protect the ISL clubs till year 10 and allow lateral entry from season eight. I-League clubs don’t have telecast, they don’t have schedule. We will format it like the ISL with a complete strategy to market the brand and bring them to a level (by then),” Patel has told the sports magazine.

Football to get additional funding from Sports Ministry

The AFC “Road Map” issued to the AIFF had permitted the ISL and the I-League to co-exist as parallel leagues till the 2018-19 season only with a strict condition to implementation of the “Road Map” for the unified system from 2019-20 season and beyond.

Inability to form a unified league in the upcoming season would lead to “the removal of India from qualification for AFC Club Competitions”.

“A solution must be found which is a happy marriage between the two. Otherwise it will be the same thing, a club with ₹2 crore investment won’t do well and will always run out of steam and go away. The ISL doesn’t mean guaranteed success; they must keep performing to retain public interest. Otherwise for how many years will they spend ₹30-40 crore,” Sportstar has quoted Patel as saying.

“We had gone to the AFC and said we have the ISL and we want to convert it to a full-fledged league, we have a lot of issues and it will take time.”

Amidst talks of possible merger and the AFC roadmap, the AIFF has already made its first move to elevate ISL as the premier league of India at the cost of the I-League, which hitherto allowed the status of country’s elite cricket league with a two-tier structure to ensure clubs promotion and relegation.

Under pressure to fulfil its contractual obligation as per the Master Right Agreement with IMG-Reliance subsidiary Football Sport Development Limited, the AIFF has already moved ahead with granting the AFC Champions League slot to the ISL champion club. The right originally was vested with the I-League, which has been the official top division club football league in the country.

Also Read: Suspended footballer Gharami says ‘was not aware of banned substance’ in his medicine