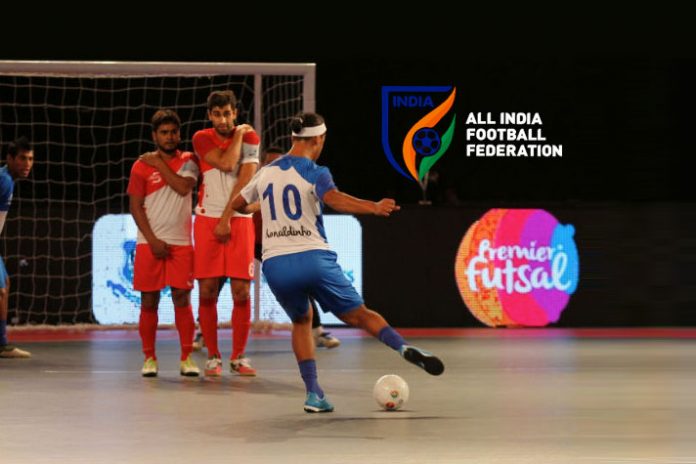 All India Football Federation (AIFF) has adopted a more focused approach for Futsal and Beach Football. The AIFF had reportedly engaged a dedicated professional for operations of the Futsal and Beach Committee.

The AIFF has engaged Association of Indian Football Coaches director Dinesh Nair as operations in-charge for futsal, national daily Times of India has reported quoting anonymous sources. The AIFF in November last year had also conducted a training programme for coaches. An initiative to create a coach-free system for Futsal is already under process.

Nair, according to TOI, has confirmed that he has been approached by the AIFF and he was already getting the blueprint ready. “In India, the problem is the lack of space. Since futsal is mostly played 5v5 or a 6v6, it’s the way forward for us to become a footballing superpower. It’s a fast-paced game and excellent ball-control is needed. Since kids anyways do not play on full-size grounds, futsal is ideal for their progression,” he said.

Nair, however, said we should look at Asian football powerhouse Iran. “They (Iran) owe most of their success to futsal. They take this game very seriously and it’s the reason why they’ve developed so much. In fact, the only place you can get an AFC Level 3 coaching license in futsal is in Iran.”

The success of the “unrecognised and disputed” Premier Futsal League is a testimony to the popularity of this shorter version of the game in India. The two editions of the Futsal League have been extremely popular in the country even as it is not supported or recognised by the national governing body for the sport in the country.

There are more Futsal leagues in the pipeline. “The AIFF knows the importance of futsal and many competitions at the state and national level is being planned. We’re focusing a lot on age-group teams and we believe futsal will help creating a wider base, especially as far as the younger age-groups are concerned,” Western India Football Association (WIFA) CEO Henry Menezes, who is also the deputy chairman of the AIFF technical committee, has told TOI.