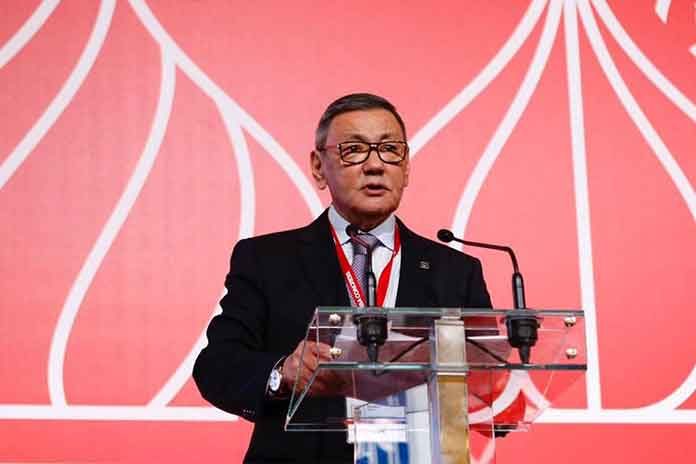 The new president of the international boxing association – AIBA, Gafur Rakhimov has promised sustained efforts to protect the Olympic status for boxing, while he also urged the International Olympic Committee to accept an “olive branch” from his organisation.

Rakhimov’s election to the top AIBA office has raised fears about boxing’s future at the Olympics as he had been accused by the US Treasury Department for having links to organised crime.

The IOC has threatened to take the sport off the 2020 Tokyo Games roster citing “governance issues” in the AIBA. Rakhimov heading the world governing body for wrestling is the prime concern for the IOC.

In a statement issued on Sunday night, Rakhimov said the IOC’s concerns about governance, anti-doping and financial management are being addressed. “As an organisation, we at AIBA have made huge progress. We moved forward in our transparency, our governance, our statutes, our refereeing & judging rules, our anti-doping and our finance procedures. I am proud to say that we are compliant across the board.

“We have heard you, we have been listening to you and we have been learning a lot from you. We are committed to continue improving in any area you feel we should improve,” he added.

Rakhimov said the AIBA election during its Congress in Moscow last week was conducted in a transparent manner. “I hope that you (the IOC) also view the outcome of the last two days as a confirmation of our commitment to the Olympic Movement and the Olympic values. So, on behalf of the boxers of the world, we are extending to you an olive branch in the name of Olympism. AIBA and the Olympics belong together,” he added.

Rakhimov said the election has also “given the entire boxing world a boost of positive energy”.

“This is something that we needed, as it is no secret that we have been battling with challenges on many fronts. And we are still facing certain pressures,” he said.

The popular combat sport has been a part of every Olympics since its introduction at the 1904 Games, barring Stockholm 1912. The reason for its only Olympic omission was the Swedish law, which banned the sport at that time.

“…we are more confident and more determined than ever to bringing our sport back to where it deserves to be,” he said.

However, it remains to be seen how the IOC responds to his election at its meeting in the last week of November.