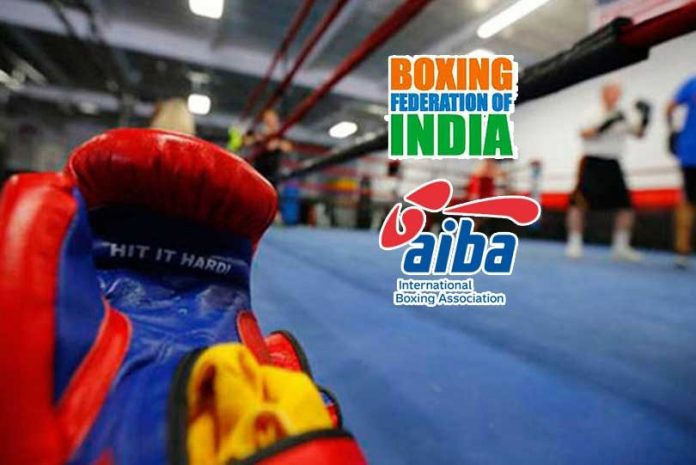 The tiff between the world body of boxing, the Amateur International Boxing Association (AIBA) and the Boxing Federation of India (BFI) is refusing to die.
After exchanging barbs with each other in the last few weeks and even after India getting stopped off the hosting rights of the 2021 men’s world championships – the controversy refuses to die.
Now the AIBA President Morocco-based Mohamed Moustahsane has threatened to revoke the recognition of BFI and initiate legal action if the dues of the world body are not cleared soon.
AIBA President’s threat to BFI – Pay the Dues or face the music
In an interview to TOI, the AIBA President made it clear that BFI’S contractual dues towards the world body runs in crores and they will not hesitate to even initiate legal action to recover the monies. AIBA’S claims and allegations according to the report by TOI and the statement released on 29th April are as follows –
– BFI dishonored contracts signed with AIBA
– Non-payment of dues related to the hosting of two separate World Championships in India.
– BFI owes the world body US$360,000 (Rs 2.73 cr) which is the remainder of the bidding fee for hosting the 2018 women’s World Championships in New Delhi.
– BFI defaulted on US$20,00,000 (approx Rs 15 cr) which comprised half of the bidding fee for organising the 2021 men’s World Championships.
– US$500,000 penalty
“The total contract amount agreed between the AIBA and BFI for the men’s Worlds was US$40,00,000 (Rs 30 crore) and the first installment – or half of the bidding fee amount of US$20,00,000 – was agreed to be paid by the BFI by December 1, 2019. When the BFI didn’t pay US$20,00,000 on the promised date despite several mails and reminders from the AIBA, we (AIBA) chose to exercise our right to impose a US$500,000 penalty, which was part of the original contract, on the BFI for dishonouring the contract. In the meantime, the AIBA also started the process of identifying a new host city for the men’s Worlds before accepting the hosting bid from the Serbian boxing federation in April,” Moustahsane told the publication.

Meanwhile As reported by InsideSport on 29th April, BFI has written to AIBA to waive off the penalty of half a million dollar (USD 500K) imposed by the world body. The world body is yet to officially respond. BFI also had made a statement in past that they wanted to sort this matter amicably. But the new statement by AIBA President is clear that AIBA-BFI fight is not gonna end soon.