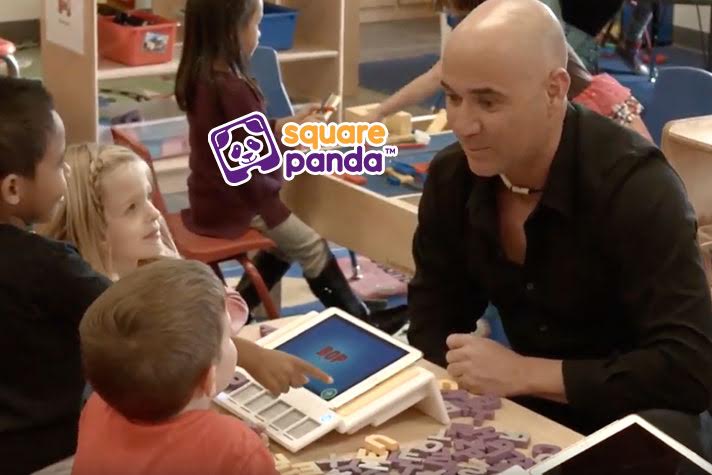 Eight-time Grand Slam champion, Andre Agassi has launched India operations of artificial intelligence-based literary products brand Square Panda in India. The tennis legend is an investor in the  California-based start-up, which works with a special focus on students braving dyslexia.

Committed to the cause of education, Agassi has invested  more than $1 billion (via a fund) to set up 90 charter schools across the US in the past six year. Many of these public-funded charter schools don’t even charge tuition fees.

“My lack of education was probably the greatest vehicle to my commitment and interest in the education sector,” Agassi has told leading business daily Economic Times on the sidelines of the launch of the Square Panda’s India operations in Mumbai. Agassi didn’t attend school beyond eighth standards for pursuing tennis. “No education, forced to play tennis, and no choice,” laments one of the most successful tennis icons ever. “So, I always correlate ‘no education’ with ‘no choice’. This led me to disconnect with my own sport, even though I was the best in the world. Education endows you with choice,” he said in exclusive interview with the paper.

His other investment interests include stock markets through the Turner-Agassi Charter School Facilities Fund. The legendry athlete also invests passionately in sports. “Here (in sports), I take a much more aggressive position – investing my time as well as money,” says the legend.