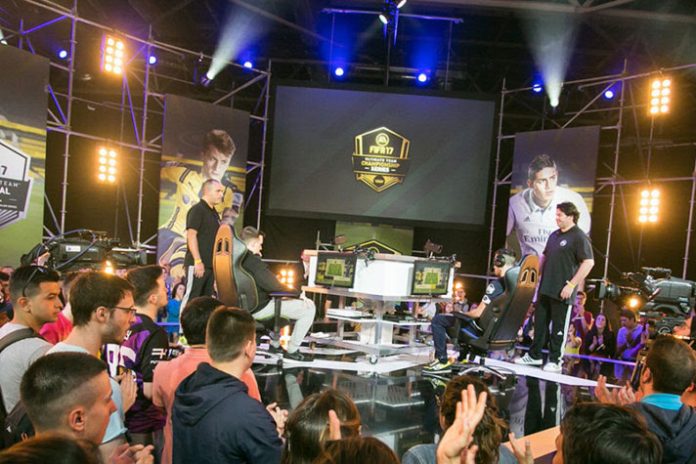 The esports category for FIFA is growing by the day. After securing deals with Sky Sports for FIFA 19 eSports series, the global governing body for football has also landed a broadcast deal with Fox Sports, which will also broadcast the series live on its network.

The American broadcaster, Fox Sports has secured television and streaming rights to the finals of multiple FIFA 19 esports events. Fox’s coverage under the new deal will begin with this weekend’s FIFA eNations Cup in London and will culminate in the FIFA eWorld Cup in July and August.

“This is a great opportunity to expand our ongoing connection with FIFA and our esports presence. together with Caffeine,” said Joe Franzetta, FOX Sports VP Rights & Business Relationships.

“We kicked things off last weekend with the EA Sports FUT Champions Cup from London, and we are ready to go with this weekend’s FIFA eNations Cup.”

Along with the Fox Sports deal, the social broadcasting platform – Caffeine – has also secured streaming rights for all FIFA 19 Global Series events along with the eWorld Cup. Last September, Caffeine had received investment from 21st Century Fox to the tune of $100m (£74m), having previously partnered with ESL.

Speaking of their latest deal, Ben Keighran, Founder and CEO of Caffeine said: “We are excited to welcome EA SPORTS FIFA 19 Global Series fans to watch these events live on Caffeine.”

For this weekend’s FIFA eNations Cup, Caffeine will also feature exclusive live hosted broadcasts where streamers AA9skilz, BuckArmy, and CaliSCG will offer their views of the event and interact with fans. In addition to being able to watch the coverage of every round live, fans in the U.S can live-host their own streams of the tournaments to watch with friends and fellow fans.

With these latest deals and British broadcaster, Sky Sports, also providing coverage of  FIFA19 esports such as the eWorld Cup and most recently the ePremier League, EA SPORTS FIFA Competitive Gaming Commissioner, Brent Koning, believes the coverage will only accelerate growth. Until now, FIFA 19 esports events were only streamed LIVE on youtube and twitch platforms but not with the broadcasting deals in place, the series will further accelerate their reach.

“Building upon last season’s success, the EA SPORTS FIFA 19 Global Series is engaging and entertaining esports and football fans around the world,” said Koning, adding: “The superstars of competitive FIFA are creating a compelling narrative of competition and rivalry, fuelled by amazing gameplay and skill on the virtual pitch. “Partnering with an established leader in football broadcasting such as FOX Sports will only accelerate our growth and build momentum towards this season’s finale.”