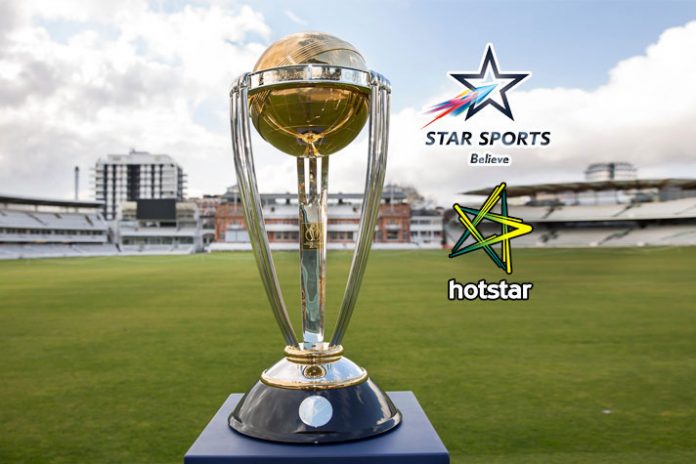 Team India stars might have got a little breather between the Indian Premier League final on May 12 and boarding the flight to England for the ICC World Cup 2019. But the sales team of the World Cup host broadcaster Star Sports has no such liberty.

After breaching the ₹ 2,000 crore mark for the IPL sponsorships sales for the first time ever, Star Sports has set another ambitious ₹ 1,000 crore revenue target for the upcoming World Cup in England and Wales.

The sales goal for the 2016 ICC World T20 in India was a mere ₹300 crore even as the competition was played in India and the games had the best possible scheduling for Indian television audience.

With an aggressive broadcast strategy, innovative presentation and deeper reach and multi-language broadcast, Star Sports has added more value to cricket broadcast for the advertisers. The result was evident in the just concluded IPL when Star India has managed to surpass the combined sales target of ₹ 2,100 crore.

IPL 2019: A league of many firsts on Star Sports Network

IPL 2019 over, but T20 Leagues continue on Star Sports

BARC Ratings: Yet another week of Star Sports, IPL domination

The response for the World Cup has been good so far. Leading advertiser in cricket like MRF, Byju’s Dream 11, Ceat Tyres,paisabazaar.co and polcybazzar.com are already on board for the World Cup 2019 broadcast sponsorship.

A leading media buyer, who is negotiating for at least three brands, told insidesprot.co that Star Sports has already lined up over 40 brands for television and digital. “Initial sales are not that tough. There is a set group of advertisers that is waiting for the opportunity with dedicated budgets. The real challenge always is to get new brands,” said the media buyer.

“Star has done more than ₹30o crore for the T20 World Cup three years ago. There is 125% more inventory in a 100-over game. India then had played only 5 matches including the semi-final. Now there will be at least 10 as there are nine confirmed league games and they are obviously expected to be among the last four teams. I will say this ₹ 1,000 crore is a realistic target. Most of the games finishing at prime time for Indian television will be another advantage. Star sales team is making the aggressive effort that is required for this kind of a target.”

Star Sports, according the information available with InsideSport.co, has kept a ₹ 7 lakh price tag for each 10-second ad slot for the ICC World Cup 2019. The deals after negotiations are close between ₹ 6 lakh to ₹ 6.5 lakh.

India will start their campaign with the match against South Africa at the Hampshire Bowl, Southampton, on June 5. However, the mother of all the ICC World Cup battles is slated for June 16, when the Virat Kohli-led Blue Brigade will run into arch foes Pakistan at the Old Trafford, Manchester. India has an all-win record in the six World Cup matches with Pakistan.