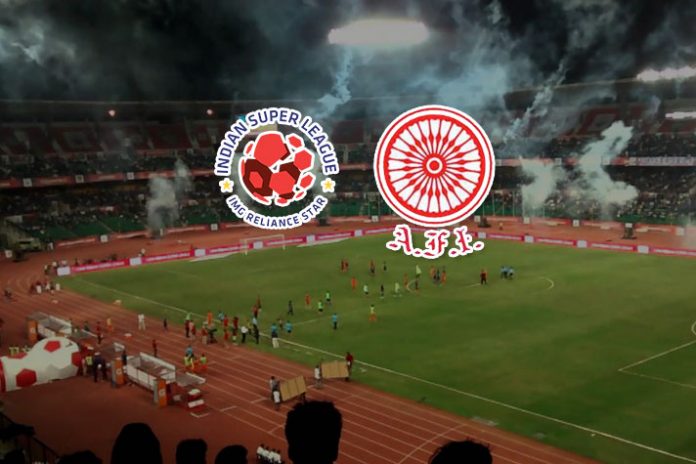 Indian Super League is accused of dribbling athletics off the track. Cash-rich ISL is blamed for leaving little space for athletes to train. The accusations come from Athletics Federation of India – national governing body for sports – and national sports observer Anju Bobby George.

AFI and former international long jumper Anju are unhappy with the Ministry of Sports for denying training facilities to athletes at the ISL venues. Anju, Asian Games gold medallist and world championship bronze medallists, has alleged that Sports Authority of India facilities, primarily meant for athletics are booked by the ISL teams and athletes are not even allowed to train there.

“They (ISL) have a lot of money. Why don’t they set up their own facilities? If they take over our stadiums, where will our athletes go?” national news agency PTI has reported Anju as saying.

Anju laments that even her best efforts to apprise the officials concerned of the dismal situation of athletics, has invoked no response. “I have tried my best to use my proximity to the ministry as an observer but it is still happening (Stadiums being used for football). We have good tracks at these stadiums but athletes are not even allowed to practice there. What is the point in having these facilities if our athletes can’t use it?” lamented Anju, one of 12 national observers for sports.

Concerns are raised for Delhi’s Jawaharlal Stadium, home ground for Delhi Dynamos; Kanteerava Stadium, acquired by Bengaluru FC and JLN Stadium being used by Chennaiyin FC. “They book the stadiums for six months straight. We have no place to organise our championships,” AFI secretary CK Valson said on the sidelines of a curtain raiser event for the Federation Cup in New Delhi.

The AFI was hoping to organise the Federation Cup at the Jawaharlal Stadium in New Delhi. However, since the premises were not available, the event has been shifted to Patiala. “The ministry has to think whether football is a more important than athletics — a discipline that brings medals to the country. The federation has written several times to the ministry but they have never considered our request. Athletics has suffered majorly in the last three years due to ISL,” Valson has reportedly said.

“The Fed Cup is a National Championship and a qualifying event for Commonwealth Games. Do you expect the athletes to compete at the training ground? At practice areas, the structures are not sturdy. Mishaps can happen during events like hammer throw. At one event, the netting came down. What else can we do?” Valson questioned while highlighting that there have been occasions when the AFI has been forced to organise field events at the practice areas which pose a threat to the safety of athletes.

The only exception was the Khelo India Games where the field events were allowed to be held at the central turf in JLN, Delhi. The AFI is learnt to have threatened to pull out of the event if their athletes weren’t allowed to use the turf. “They (Ministry of Sports) accepted it because it was their own (Ministry’s) event. If competitions are held at the practice area, you will hardly have any spectators and that will affect the performance of the competitors,” said Valson. “Our athletes can’t be expected to train at the hard practice grounds. They like to sometimes take a run or rest on the soft turf,” George said.