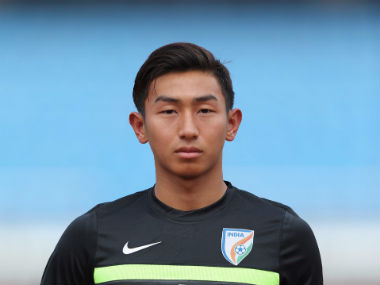 AFC Champions League: It was only around two months ago that 20-year-old goalkeeper Dheeraj Singh Moirangthem was called up for the senior national team camp. The momentous occasion that it was, by his own admission,the call-up went on to motivate him to put up a stellar performance for his club FC Goa in the AFC Champions League 2021 Group Stage, which took place a couple of weeks later.

Dheeraj, who had been twice been named in the AFC Champions League’s Team of the Week for his performances, played a big part in helping FC Goa secure a third-place finish in Group E of the AFC Champions League, with FC Goa being the first Indian team to play in the Group Stage of the competition. Speaking to AIFF TV, Dheeraj narrated: “I got the national team call-up right after the ISL. It gave me the opportunity to travel with the senior team to the UAE. It was a big motivation for me to train with Gurpreet paaji and Amrinder paaji. I was so motivated at that point that I reported straight to Goa after we came back.”

“Getting into the national team had a big impact on my confidence. Our coach also gave us a lot of confidence, taking the pressure off our shoulders. He just told us to go out there and play our normal game, and that’s what we did,” continued Dheeraj.

With FC Goa being India’s first-ever representatives in the Group Stage, Dheeraj and his teammates had a tall order, facing off against quality teams like 2020 Champions League runners-up Persepolis FC (Iran), Al Wahda FC (UAE), and Al Rayyan SC (Qatar). However, the young goalkeeper got two clean sheets to his name, making 19 saves from his five appearances.

“I still remember when the Champions League started, many of my friends asked whether I was ready, and how many goals I expected to concede,” recalled Dheeraj. “We came up as a very strong team that was disciplined and difficult to score against. We did really well in the first two games, and that really gave us the confidence to go forward for the rest of the matches. I think it was the benefit of playing the ISL, that we had moved forward together, and could perform at that level.”

During the AFC Champions League Group E campaign, Dheeraj was a constant recipient of accolades, especially from opposition coaches. The likes of Laurent Blanc, a former FIFA World Cup and UEFA Euro winner with France, who was the coach of Al Rayyan, and Al Wahda head coach Henk ten Kate, who had coached at top clubs like FC Barcelona, Ajax Amsterdam, and Chelsea FC, showered praises on the young goalkeeper.

During the last Group E match between FC Goa and Al Wahda, Dheeraj had to be substituted, due to an injury he had sustained on his throat while making a save. With the match still going on, ten Kate proceeded to the opposition technical area after Dheeraj got substituted, and went on to shower praises on the 20-year-old for his heroics under the bar. The keeper, in return, could only squeak out a weak “thank you,” partly because he was dumbfounded at the gesture, and partly because of the injured throat.

“I still remember, he (ten Kate) came over to our side of the dugout and shook my hand, and gave me a lot of good words. I was not able to speak much because my throat was really painful, and I could only muster a soft ‘thank you’,” he said.

“It felt very good to be praised by such a high-profile and respected coach. But I was also sad that I was not able to continue the game. It felt very nice to get those good words from him, though,” he added.