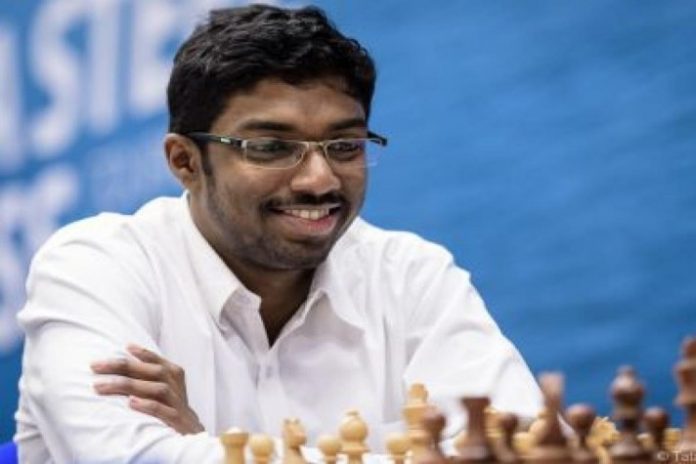 Indian Grand Masters B Adhiban and S P Sethuraman were among the winners in the opening round games of ‘A’ Group at the Aeroflot Open chess tournament in Moscow.

Top seed Vladislav Artemiev (Elo rating 2728), the highly-rated 21-year-old Russian, began his campaign in style with a victory over Velimir Ivic in 51 moves late on Wednesday.

Adhiban (Elo 2654), the sixth seed, defeated Sergey Grigoriants in 35 moves, while the 12th-seeded Sethuraman put it past young compatriot and GM Raunak Sadhwani in 43 moves.

There were victories for other Indian players, including N R Visakh, Karthikeyan Murali, Deep Sengupta and Bharath Subramaniyam.

Young GM R Praggnanandhaa was, however, held to a draw by Stefan Pogosyan in his opener.

There are a bunch of 25 Indians, including 14 Grand Masters, participating in the ‘A’ group.

In the 34th Cannes Open tournament in France, young Indian GM D Gukesh is in joint second spot with four others, including compatriot G B Harshvardhan, with 3.5 points after four rounds.