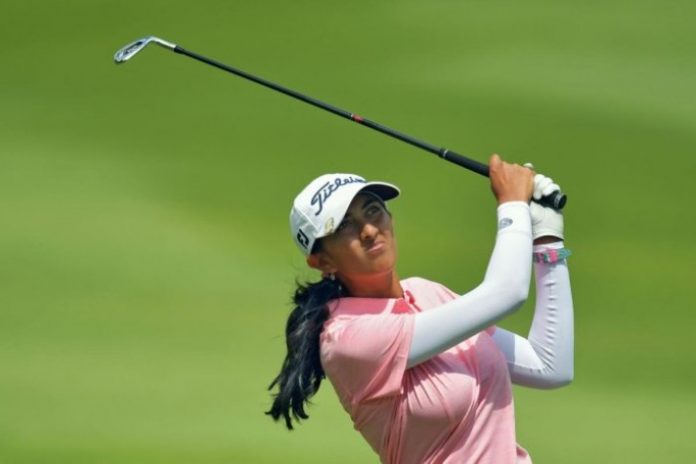 Indian golfer Aditi Ashok is greatly relieved with the announcement that all players on the Ladies PGA (LPGA) Tour, who were exempted during this season, will also keep their cards for the next season.

“It’s a great move by the LPGA. It was obviously inevitable with the international nature of the LPGA,” said Aditi who has been at home for almost three months.

“Many players are from different countries so it would have been hard to coordinate with players and their country’s regulations. It’s a huge relief for sure and it’s one less thing that we have to think about while playing.”

Aditi, whose last event was the New South Wales Open in Australia where she was Tied-4th, tried to get to the US before the coronavirus-forced lockdown came into effect.

Aditi had played just two LPGA events this year — the Gainbridge LPGA at Boca Raton and the Australian Women’s Open in February — and she missed the cut in both.

She stayed on in Australia and played Ladies European Tour events — the Ladies Classic, Bonville (T-24) — and then seemed to be hitting form right in time with a fourth place at NSW Open, when the shutters came down.

With the situation still fluid and no Tour having begun as yet, Aditi has not crystallised any plans.

“It is tough to work on that right now,” she said.

With the lockdown in force in Bengaluru, she has been home, but doing practice in an innovative manner.

“I have already started doing practice a lot more on my terrace. I have been hitting balls with pretty much everything from short irons to hybrid and woods, and I have also been doing chipping, said Aditi, who began hitting the ball into a big curtain hung on terrace, as she could not get the nets because of lockdown.

She is adopting a wait-and-watch approach before going to the course.

“I love to play on the course. But now, I have to conform to the rules, see the crowd, the timings available, see how often I can get out of the house and go play. It’s going to be different, but I am sure every athlete is doing their best to prepare.”

The LPGA is scheduled to resume play with the Marathon Classic from July 23-26 in Sylvania, Ohio. If travel restrictions are relaxed and conditions are fine, Aditi might travel to US to play and maybe to Europe after that.

But all those plans are dependant on how things pan out in this ongoing global health crisis.