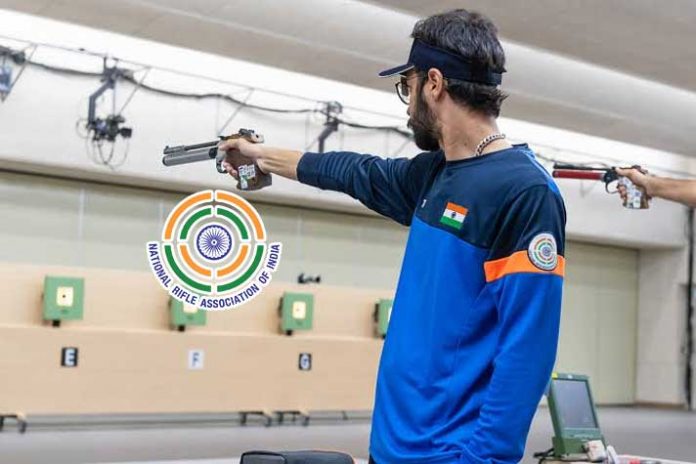 The National Rifle Association of India‘s plans to explore ways to protect its Olympic-bound shooters from exploitation and distraction have found support from top marksmen such as Abhishek Verma and Sanjeev Rajput.

Seeking to protect them from exploitation and distraction in the run-up to next year’s Olympic Games in Tokyo, NRAI president Raninder Singh said recently that the shooters will not be allowed to sign any new commercial deals without the federation’s permission and the parents will also have to sign a bond that no “exploitation” will be done for “financial gains”.

Besides Verma and Rajput, the likes of teen sensation Manu Bhaker and the seasoned Tejaswini Sawant also backed the NRAI, despite the knowledge that implementing such ideas may mean financial losses to some extent.

“I think it’s a good idea. As far as I am concerned, look, I don’t have any endorsements or deals with anyone, but I feel it’s about putting the country above everything else,” said Rajput.

“I can understand it may not mean monetary gains but the NRAI must have given it some though before arriving at a decision,” the 38-year-old Rajput, a World Cup and Commonwealth Games gold medallist, added.

All these shooters have secured quota places for the 2020 Tokyo Olympics, displaying good form in recent times.

“I agree with the idea as it is aimed at long-term benefit. Nothing wrong in that, but I think a little bit of flexibility can there, that would have been great,” Verma, a World Cup gold medallist pistol ace, said.

Considering the disastrous outing at the Rio Games in 2016, the NRAI doesn’t want to take any chance ahead of the Tokyo Olympics, going as far as not allowing shooters to train abroad in the tune-up.

“There must be some thought behind this. They know how to go about their tasks and they must have taken into consideration what happened in Rio (Olympics),” said world championship gold medallist Sawant, who is also a multiple-time Commonwealth Games champion.

The 17-year-old Bhaker was also “fine” with the NRAI‘s plans. “If it is for the better of the country, then there is no harm in following this. I am okay with it,” said Bhaker, a gold medallist in top internationals tournaments in recent years.

India have earned a record 15 Olympic quotas in shooting for the Tokyo Games.